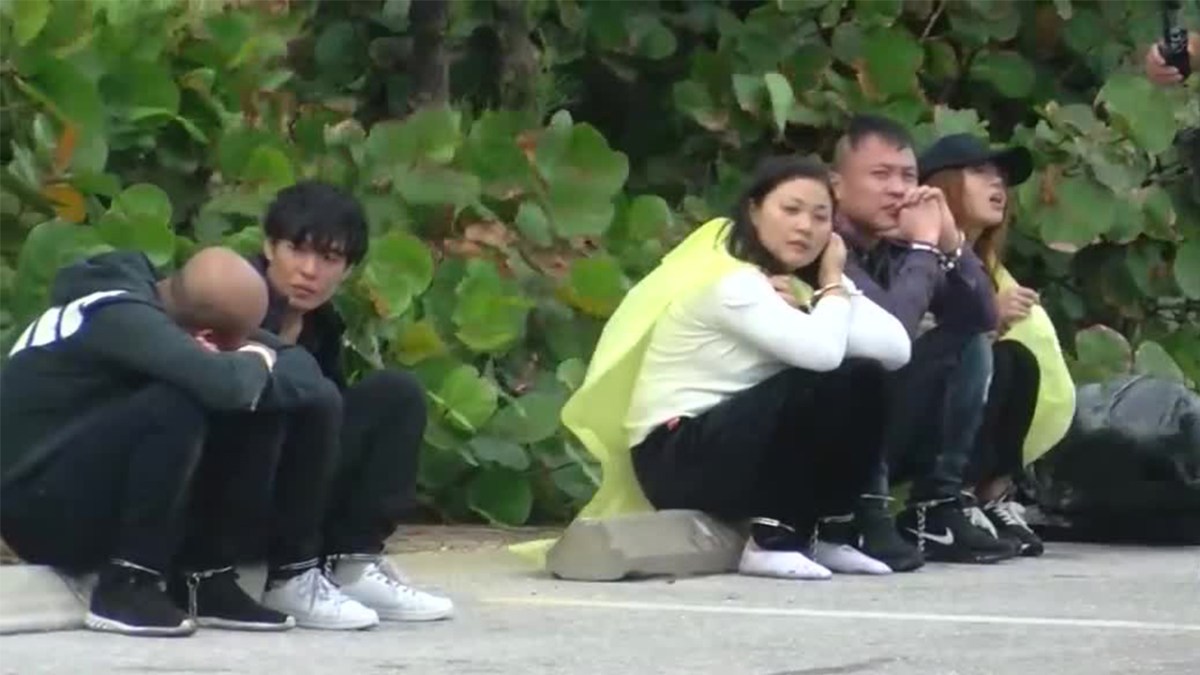 At least 10 people were taken into custody after a group of Chinese immigrants came ashore at Palm Beach Friday morning, officials said.

Palm Beach Police said the group of men and women came ashore in the 900 block of N. Ocean Boulevard.

Homeland Security officials said at least 10 people were taken into custody, including 5 Chinese men, 2 Chinese women, 2 Cuban women and 1 man from the Bahamas.

The incident was being investigated as a possible human smuggling incident, officials said.

The area is about five miles north of President Donald Trump’s Mar-a-Lago, where Trump was expected to arrive later Friday for a weekend visit.

It was reported on Thursday that that authorities had thwarted two separate attempts by smugglers to bring Chinese migrants illegally into the U.S. through Florida aboard yachts.

Three men are facing human smuggling charges in federal courts in Miami and Fort Lauderdale. The Miami Herald first reported they are accused of ferrying a total of 26 Chinese migrants from the Bahamas in two unrelated cases where authorities also confiscated more than $300,000.
It wasn’t clear if the Chinese migrants were seeking to stay in South Florida or go elsewhere once they hit land. The Bahamas has imported thousands of Chinese workers to build hotels and other tourist attractions as Beijing invests in development projects throughout beach resorts.

In the most recent detention, the Coast Guard caught 51-year-old Rocco Oppedisano in December piloting a yacht with 14 Chinese passengers and one Bahamian. Authorities confiscated $36,000 and $171,850 Bahamian Dollars, which is on par with the U.S. dollar. The Italian man appeared before a judge Wednesday and is scheduled for arraignment next week. His attorney did not immediately respond to a request for comment.

Authorities found $118,100 behind wall paneling in the yacht’s master bedroom, court records show. The captain, James A. Bradford, told authorities that he never checked to see if the passengers had the required travel documents.

McNeil pleaded guilty to one count of alien smuggling to make a profit. Bradford is awaiting trial in Fort Lauderdale federal court. McNeil’s attorney said she would not comment, and Bradford’s attorney did not immediately respond to a request for comment.