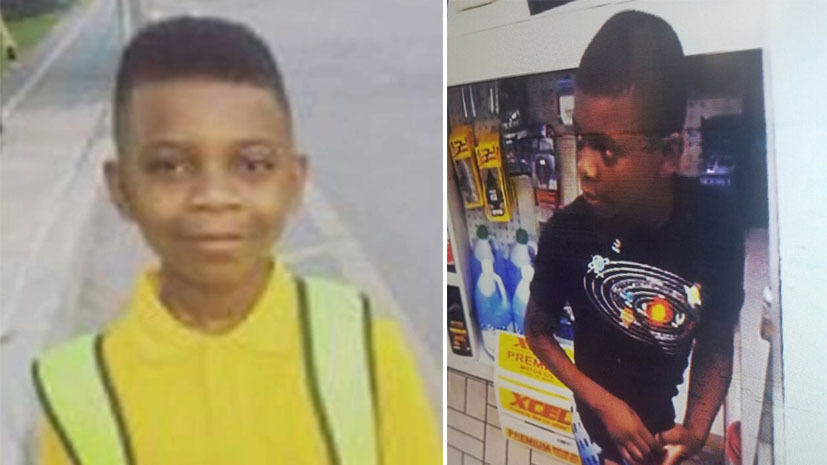 A 10-year-old boy who went missing Wednesday in North Lauderdale has been found hours later.

Shad Rahman Olivier Palmeus was reported missing at around 3 p.m. from his home in the 1200 block of Seaview Drive, according to the BSO.

He was found in Pompano Beach hours later and is being reunited with his family. Additional details on his recovery were not released.

“It feels like I’m dying … all I want is to find my son,” the boy’s father told reporters earlier.

Surveillance footage shows the boy at a Mobil gas station at 1391 South SR 7, almost a mile away from his home, according to the BSO. Deputies said he bought some chips and appeared to be alone.

Shad is 4-foot-1 with black hair and brown eyes. He was last seen wearing a black shirt with a solar system on it and shorts with a wrestler printed on them.

Editor’s Note: This story was updated with the BSO’s most recent information on Shad’s whereabouts.