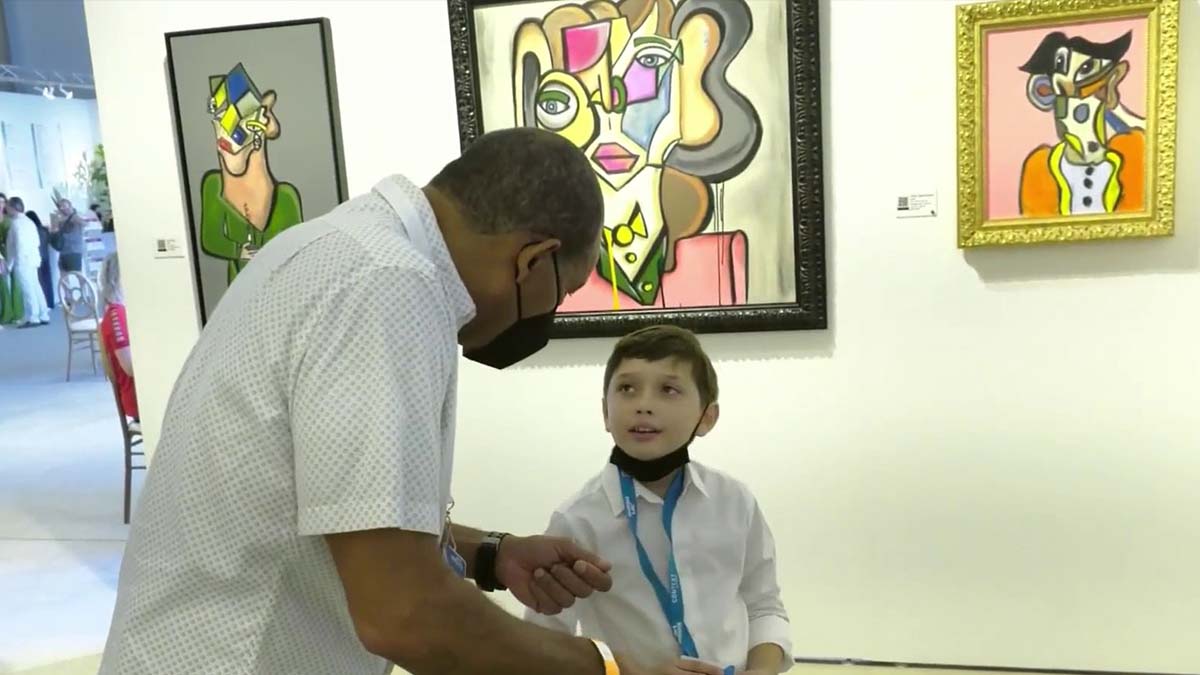 There’s art everywhere this week in South Florida, but heads are turning when they see an artist who you’d think is way too young to be on the big stage. Some of his works are taller than him.

Andres Valencia can’t say enough about the fun he’s having during his time at Art Miami. Andres told NBC 6 that while standing in his Art Miami exhibit that he was initially drawn to the artworks in his San Diego home.

“There was painting in our living room, and I tried to copy it and I finally got it,” Valencia said.

His parents brought him all the way from California, so the world’s art lovers could see his creations. He started painting six years ago.

Art Miami Director Nick Korniloff told NBC 6 that some patrons are really surprised when they see the artist whose works they’re admiring.

“They are just in shock. I brought over so many great gallerists that represent artists. I mean, artists like even even Picasso, some of the great cubist artists and they come to the stand and say there is no way this is a 10-year-old boy, and believe it or not there is some work in there when he’s 8,” Korniloff said.

Andres’ mom and dad say they detected early on that he just had a knack for it.

His dad Guadulupe Valencia is taking it all in when potential buyers come to take a look. “It’s pretty amazing, you know, I’m really happy and proud, nervous; everything because you know my son is only 10 years old,” the elder Valencia told us.

His son’s most beloved piece is the one with a sharp green jacket worn by a character he’s created. “That one is my favorite one and his name is Lucky and I got inspired by an artist named Giglioni,” Andres said.

Some of the proceeds from Andres works will go to the Perry Cohen Foundation, the Foundation set up by Korniloff to honor his son who died in a boating tragedy when he was a teenager. To support the foundation click here.

The pressure will be on Andres on Saturday when he’ll be creating one of his pieces live. He won’t say exactly what it is he’s going to do. That will remain a secret till then.