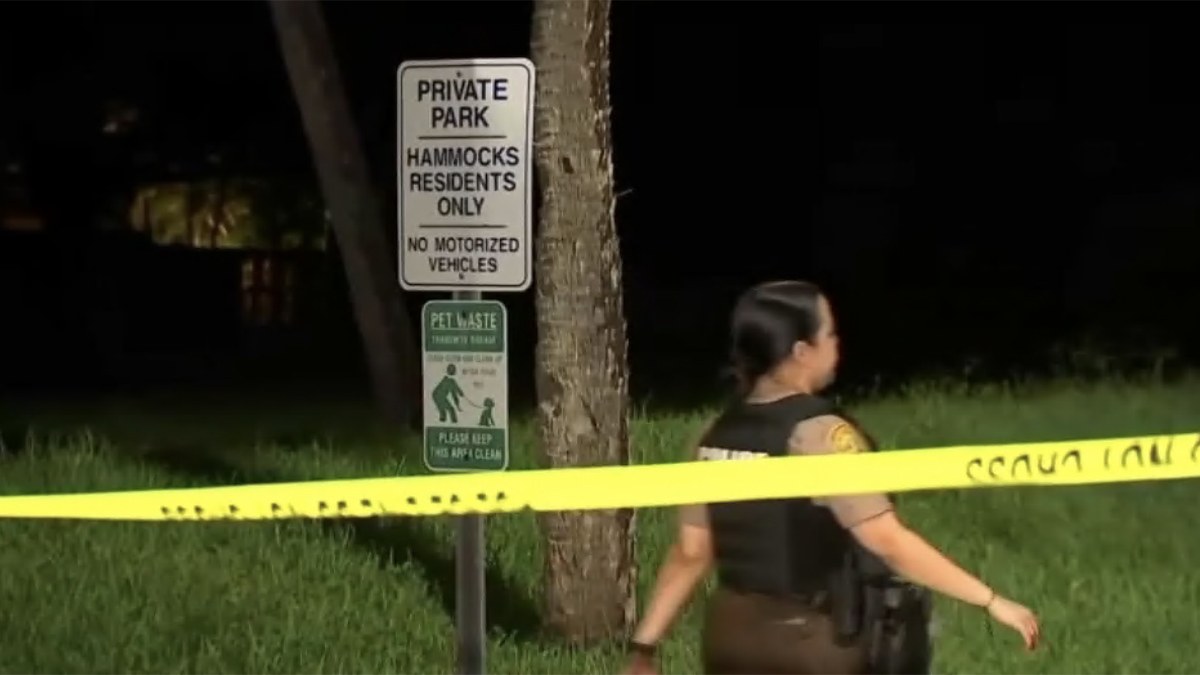 A 14-year-old boy was killed after shots were fired at a park in southwest Miami-Dade Sunday night, police said.

The shooting occurred around 7 p.m. at Sandpiper Park in the 15800 block of Southwest 106th Street.

The teen was visiting from out-of-town and had told his family that he was going to meet up with friends, Miami-Dade Police officials said. A short time later, gunfire erupted.

Miami-Dade Fire Rescue responded to the scene and and the boy was pronounced dead at the scene. His identity has not been released.

Officials said no one was in custody and they’re still trying to determine what led to the gunfire.

It was the second shooting involving children in Miami-Dade over the weekend. Police said they need the public’s help to prevent the shootings.

“It has been the message of the director of the Miami-Dade Police Department and our elected officials to work with this community, to work with our county, to reduce the number of shootings,” Miami-Dade Police spokesman Angel Rodriguez said. “We cannot do it alone, so we’re asking for the community’s assistance to help us help you.”