Police are investigating a shooting at a house party in southwest Miami-Dade late Saturday that claimed the life of a teenager.

Officers arrived at the scene near 20220 Southwest 132nd Avenue around 11 p.m. after reports of a shooting in the area, Miami-Dade Police officials said. Once they arrived, officers found the teen who was suffering from gunshot wounds.

The boy, identified as 15-year-old Angel Cueli, was airlifted to Kendall Regional Medical Center, where he later died.

“Am I angry? I’m a volcano. Am I angry at the people that did it? They’re too stupid to know what they did,” father Alfred Cueli told reporters Monday. “I throw the responsibility on parents, our kids are going to the wastebasket because of us. We’re too busy making money, we’re too busy paying our bills, we’re too busy doing everything else, but we’re never too busy taking care of our kids.” 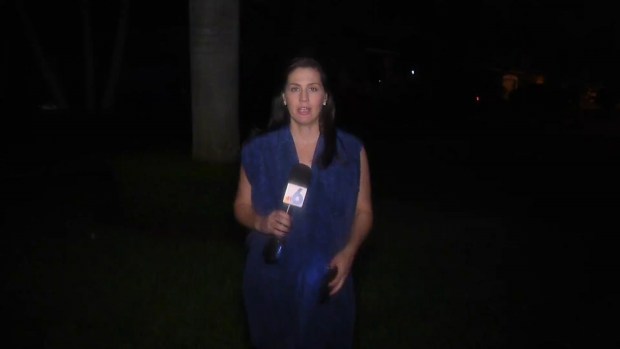 Investigators said house party guests were on the side of the home when an unknown suspect approached on foot and fired multiple times toward them. The suspect then ran to a car that was waiting and fled the scene.

No other injuries were reported. Neighbors reported hearing multiple gunshots in the area.

“I heard ‘pop, pop, pop, pop’ and then I heard all the kids running for their life,” said one neighbor, who didn’t want to be identified.

Thoughts & prayers will do little to bring solace or alleviate the gut-wrenching pain being felt today by the family of teen killed last night during a Halloween party. What may bring them comfort? Finding the person/s responsible. If you know, saw, or heard something, SPEAK UP.

Cueli attended Coral Park Senior High School, where students were shocked to learn of his death.

“He was like my little brother to me, it’s hard to see him go, said Yamil Garcia, who said he’s known Cueli since they were in sixth grade. “I don’t get it, like why him, out of every people it had to be him.”

In a tweet, Miami-Dade County Superintendent Alberto Carvalho passed on giving the typical thoughts and prayers condolence. Instead, he asked the community to share any information they may have on the possible shooter.

Alfred Cueli said he let his son go to the party as a reward for working hard at school.

“Responsibility falls on the parents, responsibility for me allowing my son to go to a party like that without acquiring more information like I normally do, because I made a mistake, I did not question so much the party because I was rewarding him for the hard work that he had done the last semester because he pulled through some very challenging situations,” he said.

Homicide detectives are investigating. Anyone with information is asked to call Miami-Dade Police or Miami-Dade CrimeStoppers.