Two Miami-Dade police officers are facing charges following an investigation into footage showing one of them hitting a handcuffed suspect, prosecutors said Tuesday.

According to a warrant and an arrest affidavit, Crespo, who was 18 at the time, was arrested at his Miami-Dade home for allegedly stealing airbags out of vehicles. 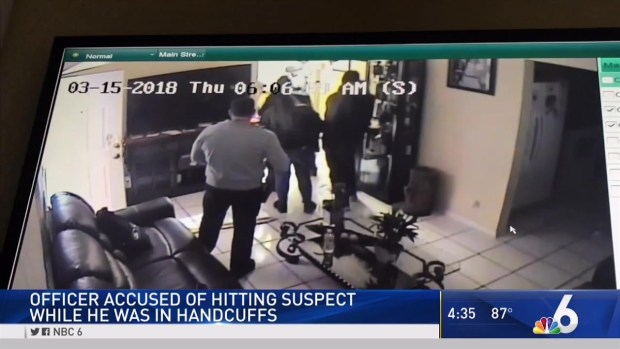 Surveillance footage from inside Crespo’s home showed officers breaking through a door and taking him into custody. As an officer is leading Crespo out of the home with his hands behind his back, Regueiro is seen smacking Crespo in the face.

Regueiro, who had been with the department for 18 years, has been suspended with pay pending the outcome of the investigation, officials said.