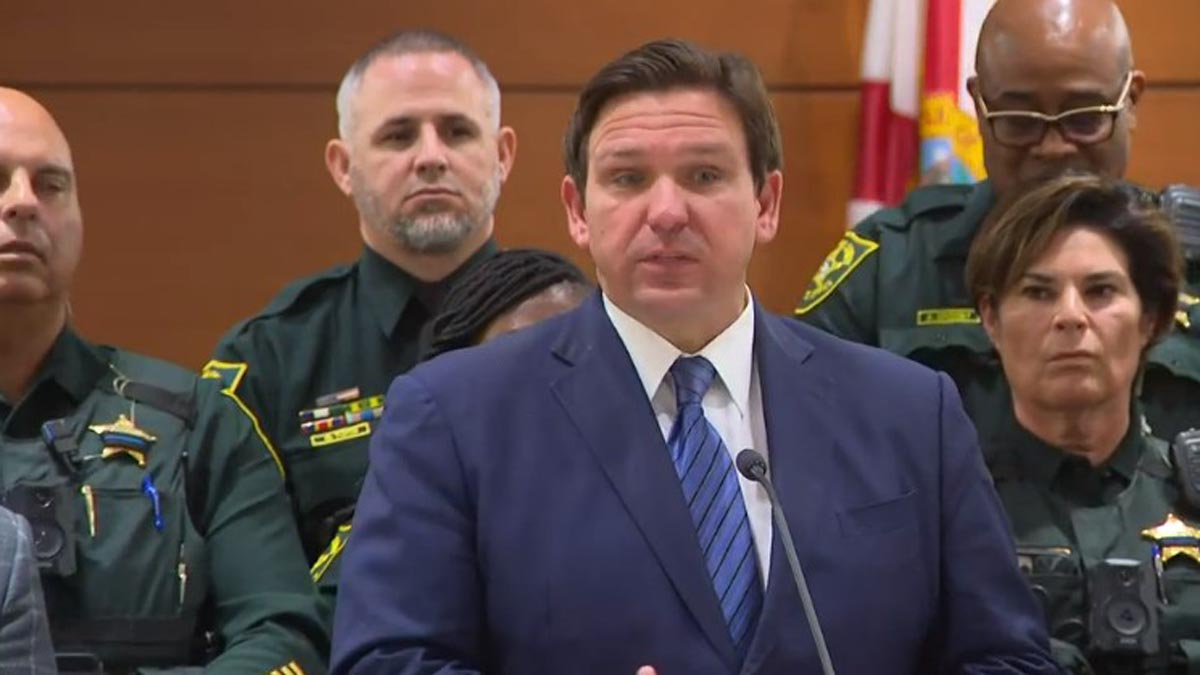 DeSantis made the announcement during a news conference at the Broward County Courthouse in Fort Lauderdale.

Some of the 20 people facing charges were from South Florida and were convicted of murder and sexual assault, which prohibits them from having their voting rights restored, DeSantis said.

“That is against the law and now they’re gonna pay the price for it,” DeSantis said.

The arrests are among the first investigations and enforcement actions undertaken by Florida’s Office of Election Crimes and Security.

DeSantis said if convicted they face up to five years in prison.