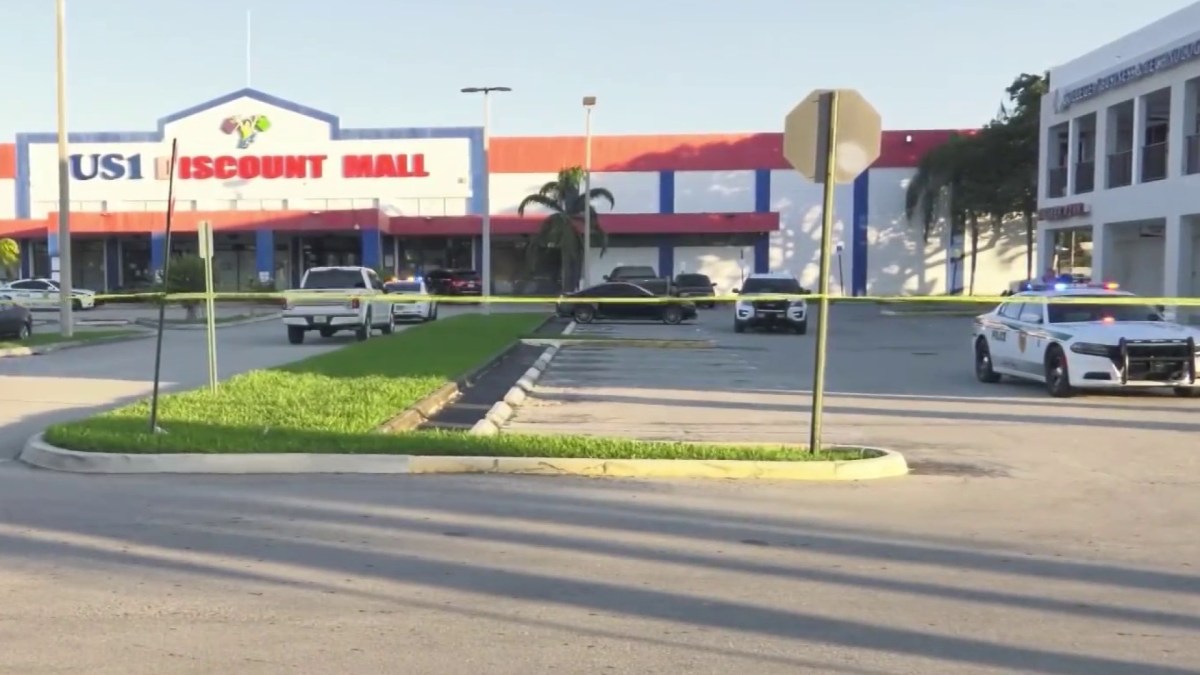 Three people were hospitalized after a shooting Saturday at a shopping center in Cutler Bay.

A report of shots fired led police to the US 1 Discount Mall on South Dixie Highway, north of Marlin Road.

Miami-Dade police say an argument led to an exchange of gunfire, sending three men — ages 18,19 and 52 — to the hospital. One of them is said to be in critical condition.