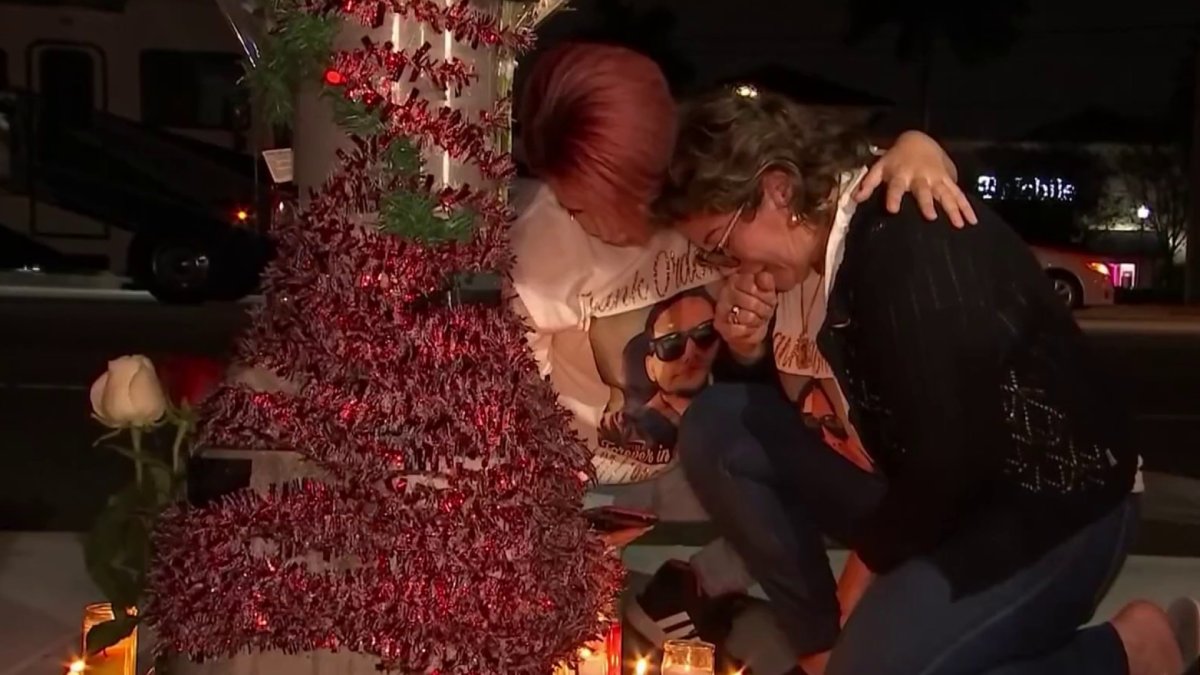 Family members gathered in a memorial to honor the life of a South Florida UPS driver three years after he was hijacked by robbery suspects and killed in the crossfire of a police shootout.

Frank Ordonez was working on Dec. 5, 2019, when there was an armed robbery and shootout at a jewelry shop in Coral Gables. The suspects took him hostage as they fled in the truck.

A pursuit ensued and went into Broward County. When the truck stopped in traffic at a light near Miramar Parkway and Flamingo Road, the suspects opened fire on officers, which resulted in an exchange of gunfire between law enforcement and the suspects, officials said.

The 27-year-old Ordonez and Richard Cutshaw, a 70-year-old who was driving home from work, were killed in the crossfire, along with the two suspects.

Loved ones are remembering the victims of the Miramar shootout that killed a UPS driver and a bystander caught on the crossfire. NBC 6’s Amanda Plasencia reports

Ordonez’s family met near the intersection Monday night, lighting candles and laying flowers on the sidewalk.

Earlier in the day family members said they have a huge hole in their lives that will never be filled.

Family members had filed a lawsuit against law enforcement agencies, claiming they were negligent in the shooting.

But a Broward County judge ruled in August that they have no right to sue because of sovereign immunity. Prosecutors are still reviewing law enforcement actions and the family believes they have a criminal case.