A 5-year-old girl has died a day after she was in a car crash with her sister on Interstate 95 in Deerfield Beach, her family said.

In a Facebook post Monday night, Annette Bennet said her daughter, Keanna, “fought a good fight this past 24 hours. She gain her precious little wings 13 mins ago.”

“Thanks for all your prayers but it is DONE,” the post read. 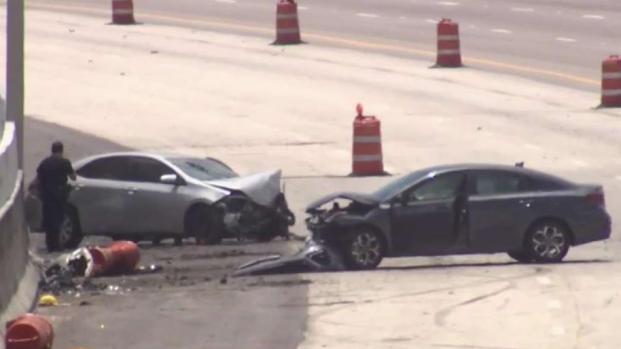 Florida Highway Patrol officials said the two-car collision occurred Sunday at about 10:45 a.m. on the I-95 southbound lanes just north of Sample Road.

“Both children were not wearing any restraint devices,” FHP said in a statement. “The crash is currently under investigation.”

The driver of the Toyota Corolla the girls were riding in, 34-year-old Raby Rashida, also suffered serious injuries, according to an FHP report. Rashida’s relationship with the girls was unknown.

The Broward County Sheriff’s Office Department of Fire Rescue said firefighters arrived on scene to find two vehicles extensively damaged – one of which appeared to have struck a barrier wall.

Police said the other vehicle involved, a Kia Forte, was occupied by a 26-year-old male driver who is listed in serious condition at Broward Health North.