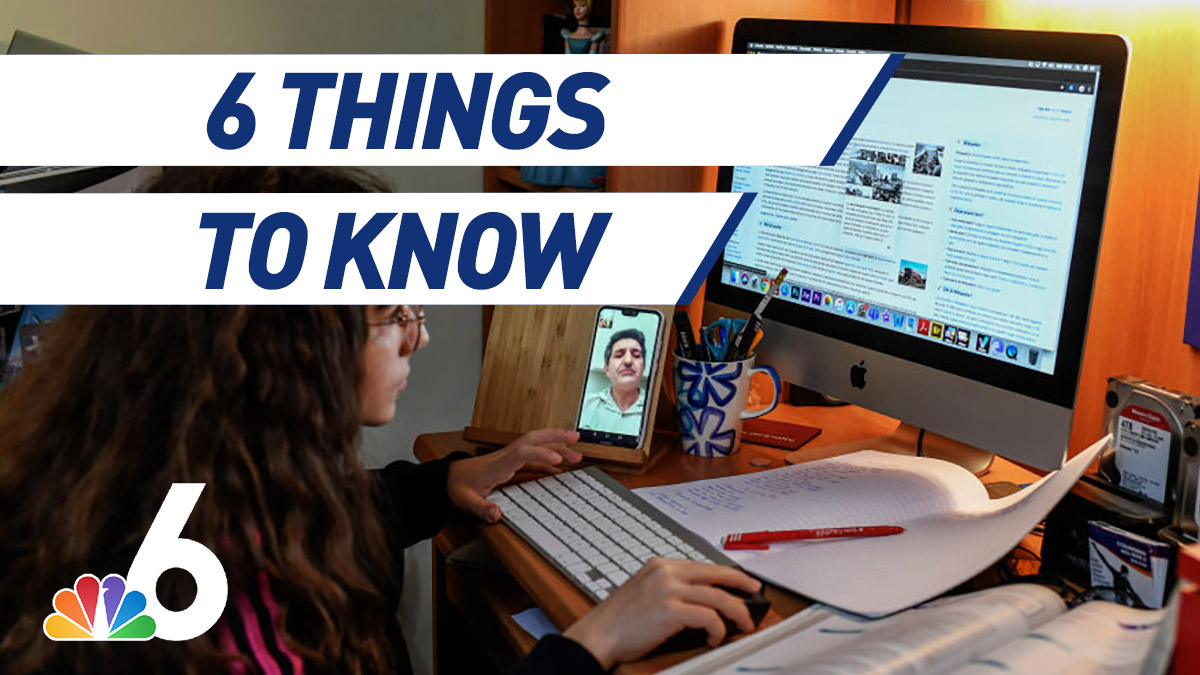 It’s Wednesday, August 19th – and NBC 6 has the
top stories for the day.

No. 1 – The first day of school for students will look a whole lot different than normal in Broward County as the district begins the year Wednesday with students learning virtually from home.

Superintendent Robert
Runcie said that schools will look at potential plans for reopening their doors
every two weeks, rather than the initial plan of waiting until October to
assess reopening plans. Runcie said COVID-19 positivity rates in the county
must be under 5% for at least two consecutive weeks before schools can reopen. When it comes
to food, the district will still offer grab-and-go meals Wednesday and later
every Tuesday and Thursday from 11 a.m. to 1 p.m. and 3 p.m. to 5 p.m. at all
schools in the county.

No. 2 – Daniella Levine Cava and Steve Bovo will faceoff in November’s general election for Miami-Dade mayor after landing the top two spots in Tuesday’s primary.

With almost 95% of
precincts reporting, Levine Cava and Bovo were nearly even, with Bovo receiving
29.41% of the vote and Levine Cava at 28.62%, according to the county’s
elections office. After months of campaigning, some of it nasty, Levine Cava
and Bovo led a crowded field of six candidates for the top spot in the county.

With 37.31% of the vote, Tony claimed victory over former sheriff Scott Israel, who had received 35.31% of the vote with 576 of 577 precincts reporting. Tony will be a strong favorite in the general election in November because Democrats hold a two-to-one advantage over Republicans in Broward County. Tony replaced Israel in 2019 after Gov. Ron DeSantis fired Israel over his handling of the Parkland school shooting that left 17 dead. For a complete list of all the winner’s from Tuesday’s primary elections, click on this link.

No. 4 – Democrats formally nominated Joe Biden as their presidential candidate, with party elders, a new generation of politicians and voters in every state joining in an extraordinary, pandemic-cramped virtual convention to send him into the general election campaign to oust President Donald Trump.

Instead
of a Milwaukee convention hall as initially planned, the roll call of convention
delegates played out in a combination of live and recorded video feeds from
American landmarks packed with meaning. Night three of the convention takes
place Wednesday, highlighted with the keynote speech by the party’s nominee for
Vice President, U.S. Senator Kamala Harris.

No.
5 – The father of Leila Cavett is navigating through the latest developments in
the case of her disappearance — including the arrest of a man who says he was
the last person to see his daughter at this gas station in South Florida.

The search for Cavett began on July 26 when her son Kamdyn was found wandering alone. Now, there’s a possible break in the case as Shannon Ryan was arrested over the weekend. The criminal complaint also laid out some disturbing allegations saying Ryan bought trash bags, duct tape, and carpet odor eliminator at the Walmart where Leila’s truck was found abandoned on July 28. To hear what Curtis Cavitt had to say, click here for a report from NBC 6’s Amanda Plasencia.

No. 6 – Weatherwise, shower and storm chances pick up Wednesday across South Florida and stay that way for much of the rest of the week while eyes remain focused on two tropical waves that could become the next depressions. Keep your NBC 6 app handy for push alerts on any severe weather as well as First Alert Doppler 6000.