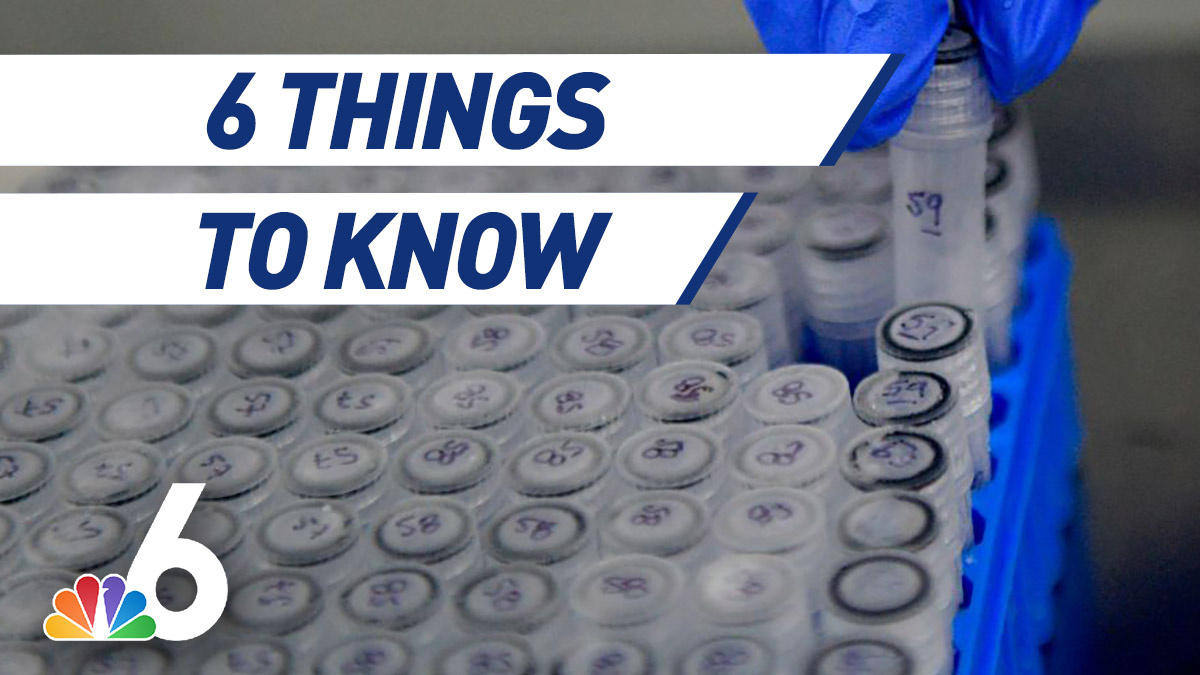 It’s Thursday, August 13th – and NBC 6 has the
top stories for the day.

No. 1 – One look at Florida’s daily coronavirus test results released Wednesday
morning had some researchers knowin something was amiss.

The percentage of all tests coming back positive had soared to 16.5%, the highest rate in nearly three weeks, and Miami-Dade County saw a record high one-day new-case increase of 4,104, boosting its new case positivity rate to 18.3%, the highest in weeks. Labs were suddenly reporting so many positive tests, and one stood out: Niznik Lab Corp (NLC) of Miami Gardens, which had never before appeared in the data. To find out why their numbers were so much higher than others, click here for the report from NBC 6 investigator Tony Pipitone.

No. 2 – A 10-year-old boy who went missing Wednesday in North Lauderdale was found hours later.

Shad
Rahman Olivier Palmeus was reported missing at around 3 p.m. from his home in
the 1200 block of Seaview Drive, according to the BSO. He was found in Pompano
Beach hours later and is being reunited with his family. Additional details on
his recovery were not released.

No. 3 – Daniel Rivero says the goal of his new database Badge Watch is to create transparency within seconds between community members and police.

The database has a list of 200 Miami Police Department officers who have had complaints filed against them. People can look up officers by their names or their badge numbers and it will tell a short disciplinary history related to that officer. Rivero started working on the database, which will soon be an app, in June as protests and calls for social justice rang out across the country. To hear what he had to say as well as the Miami Police Department’s response, click here for the story from NBC 6 reporter Kim Wynne.

No. 4 – The pandemic continues to have an economic impact on small
businesses and restaurants, but some much needed relief may be on the
way.

Miami-Dade County Commissioner Daniella Levine Cava presented 34 small businesses in Miami-Dade with Mom and Pop Grants. The South Beach Wine and Food Festival is also stepping up to help by offering up grants to those out of work or struggling in the hospitality industry. To find out how you can apply if you need the help, click here for the story from NBC 6 reporter Amanda Plasencia.

No. 5 – A lightning bolt was caught on dashcam video striking a palm tree in a Florida neighborhood – and it wasn’t even raining.

Jonathan Moore says he
was working in the Tampa-area when the lightning bolt struck the nearby tree. A
loud boom can be heard in the video moments before the strike, which caused a
single limb to fall. According to the National Oceanic & Atmospheric
Administration, a bolt from the blue is a flash from the side of thunderstorm
clouds that travels a relatively long distance in clear skies before striking
the ground.

No. 6 – Weatherwise, morning showers across South Florida will fade away by lunchtime and give way to plenty of heat and humidity across the area while Tropical Depression 11 could become the next named tropical storm at some point Thursday. Keep your NBC 6 app handy for push alerts on any severe weather as well as First Alert Doppler 6000.