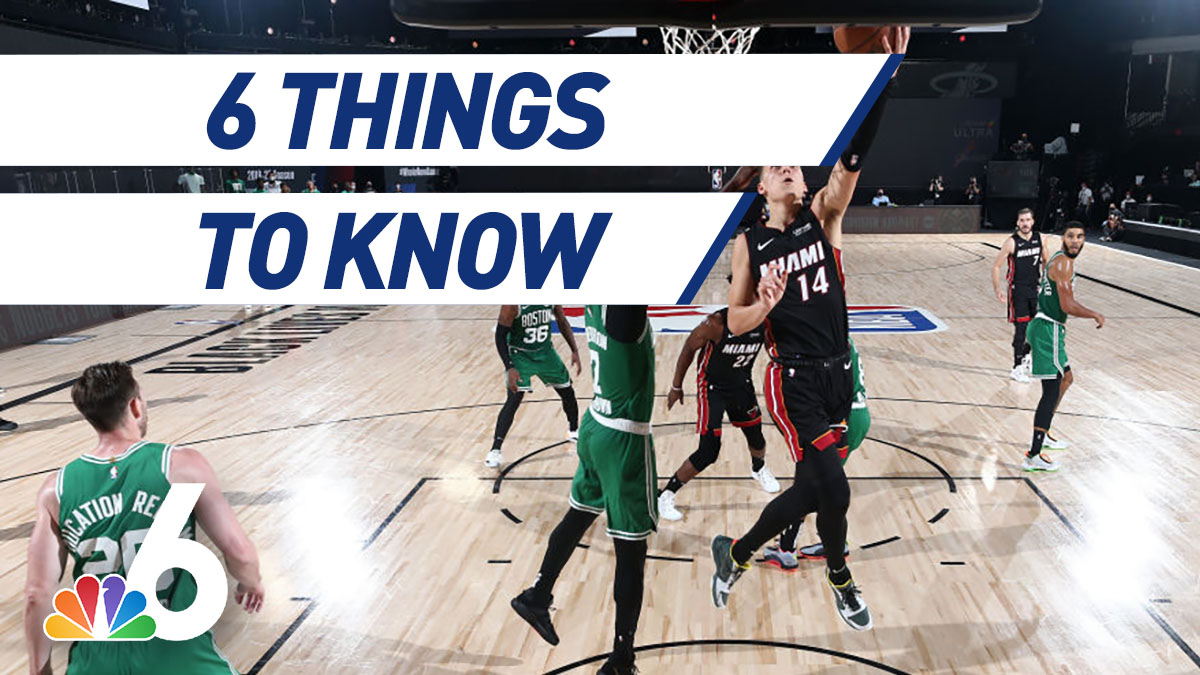 It’s Thursday, September 24th – and NBC 6 has the
top stories for the day.

No. 1 – The U.S. Justice Department is investigating a former South Florida Congresswoman accused of spending at least $50,000 of campaign money on vacations and restaurant and luxury hotel bills.

The
federal department’s Public Integrity Section is looking into the expenditures
by Ileana Ros-Lehtinen, a U.S. Rep. from Miami, including a 2017 trip to Walt
Disney World with her children and grandchildren, rooms at a Ritz-Carlton
resort and a New Year’s Eve meal at a high-end seafood restaurant. Jeffrey
Weiner, an attorney for Ros-Lehtinen, said in a statement that Ros-Lehtinen was
aware of the investigation and she and former staff members and volunteers were
cooperating with the Federal Election Commission and the Justice Department.

No. 2 – The U.S. Treasury Department announced new sanctions on Cuba Wednesday, which ban Americans from buying rum and tobacco as well as staying in government-owned hotels when traveling to the country.

The action comes as
Republican President Donald Trump reaffirmed his administration’s “ironclad solidarity”
with the Cuban people. At a White House ceremony recognizing nearly two dozen
veterans of the failed Bay of Pigs invasion of Cuba in 1961, Trump said the new
steps will ensure that U.S. dollars do not fund the Cuban government, but go
directly to the everyday Cubans. The new restrictions are the latest in
the Trump administration effort to reinstate an economic blockade of Cuba and
reverse the strategy of restoring diplomatic relations with the island, the
policy that was pursued by former President Barack Obama’s administration.

No.
3 – Luis Valdes says he loved being part of Miami Police Department’s elite
crime suppression unit, or CSU, until he and some of his colleagues saw
something that made them send an anonymous letter to the department’s internal
affairs.

With the help of Valdes and his colleagues, Sgt. Raul Iglesias was investigated by the FBI and found guilty of conspiracy to possess with intent to distribute controlled substances and lying about money recovered during a police operation, among other charges. After the trial, Valdes says Iglesias’ attorney sent a complaint to then Internal Affairs Major and current Miami Police Chief Jorge Colina – accusing Valdes and the other officers who testified against his client of committing perjury in another case. To hear what happened next and why Valdes is now suing the city, click here for the story from NBC 6 investigator Myriam Masihy.

No. 4 – 20-year-old Tyler Herro scored a Miami rookie-record 37 points and the Heat beat the Boston Celtics 112-109 on Wednesday night in Game 4 of the Eastern Conference finals.

Jimmy Butler scored 24 points, Goran Dragic added 22 and Bam
Adebayo — dealing with a bit of shoulder soreness — had 20 points and 12
rebounds to help the Heat take a 3-1 lead in the best-of-seven series. They can
close it out Friday night in Game 5. Herro became just the second 20-year-old in NBA playoff
history to score at least 37 points in a game. The other: Magic Johnson, who
had 42 in Game 6 of the 1980 NBA Finals for the Los Angeles Lakers.

No. 5 – As a baby, planes were like playgrounds for Lee Giat. The
22-year-old filmmaker remembered his late father, Nissan Giat, who died last
month when a twin-engine aero commander plane crashed in Pembroke Park.

The incident is still under investigation, but Giat says the family has not been told officially if his father was flying the plane or if it was another pilot who also died in the crash. The late pilot’s son tells NBC 6 he saw his father just three days before the plane crash. He says he was filming a video for a project meant to be a surprise for his dad. To hear what the project was and how Giat plans to honor his father, click here for the story from NBC 6 reporter Arlene Borenstein.

No. 6 – Weatherwise, rain chances and the humidity increase Thursday across South Florida ahead of what could be a wet weekend in the area. Keep your NBC 6 app handy for push alerts on any severe weather as well as First Alert Doppler 6000.