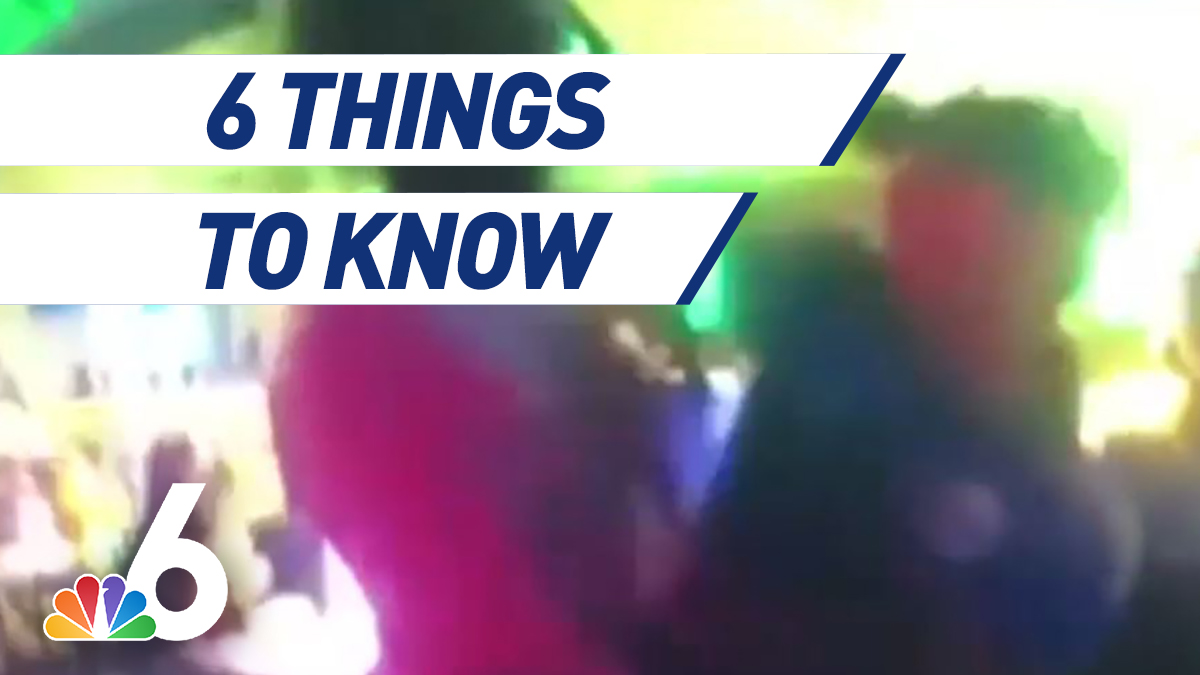 It’s Thursday, August 6th – and NBC 6 has the top
stories for the day.

No. 1 – Police are searching for a gunman who allegedly opened fire on several officers late Wednesday night.

In a tweet, Miami-Dade
Police say members of the department’s Homicide Bureau’s Task Force were fired
upon while “doing their job” near the 100th block of Southwest 173rd Terrace.
Officers established a perimeter after
police say the gunmen approached three unmarked police vehicles and began
firing for an unknown reason. Any person with information on the shooting is
asked to call 305-471-TIPS.

No. 2 – At least six workers were hospitalized after an accident at a construction site in Brickell Wednesday, officials said.

The incident happened at
the site of 830 Brickell, an office building under construction that will be
the second-tallest tower in Miami, in the area of Brickell Plaza near 9th
Street next to Mary Brickell Village. Miami Fire Rescue officials said it
appeared that a crane was lifting a bundle of rebar when it somehow
malfunctioned and fell on at least six workers. All six were taken to Jackson
Memorial Hospital’s Ryder Trauma Center, where their conditions were between
serious and critical.

No. 3 – An officer in Miami Beach was reprimanded after he released video of another cop punching an unarmed Black man during an incident two years ago.

Cell phone video released by a Miami Beach Police Officer in 2018 appeared to show a fellow officer, Adriel Dominguez, punching an unarmed black man, Lowell Poitier, knocking him out cold. Dominguez was suspended during an internal affairs investigation for hitting Poitier, but in October 2019, prosecutors cleared Dominguez of any wrongdoing. The officer, Alfredo Garcia, who recorded his body cam video on his cell phone, was given a written warning for violating police policy of releasing unauthorized video. To hear what lawyers from both sides have to say, click here for the story from NBC 6 reporter Amanda Plasencia.

That includes special education students, namely kids who have autism, Down’s Syndrome or other challenges that need more attention in school. Yet, teachers said they felt blindsided Tuesday when Broward Schools superintendent Robert Runcie announced a potential pilot program which could bring some Exceptional Student Education, or ESE, students back to school for in-person learning. To hear what they are saying, click here for the story from NBC 6 education reporter Ari Odzer.

No. 5 – The company that designed Florida’s failed online unemployment
system could be awarded another big state contract, despite criticism.

Out of work people have complained for years about the state’s online portal known as CONNECT. When the pandemic hit, NBC 6 Responds was flooded with emails from people experiencing technical glitches and system errors while trying to apply for state unemployment benefits. Florida spent roughly $70 million to build the system back in 2013 when U.S. Senator Rick Scott was Governor. Click here for more on details of the new contract from NBC 6 consumer investigator Sasha Jones.

No. 6 – Weatherwise, South Florida will get a slight reprieve from the heavy rain of recent days, but the oppressive heat will stick around Thursday. Keep your NBC 6 app handy for push alerts on any severe  weather as well as First Alert Doppler 6000.