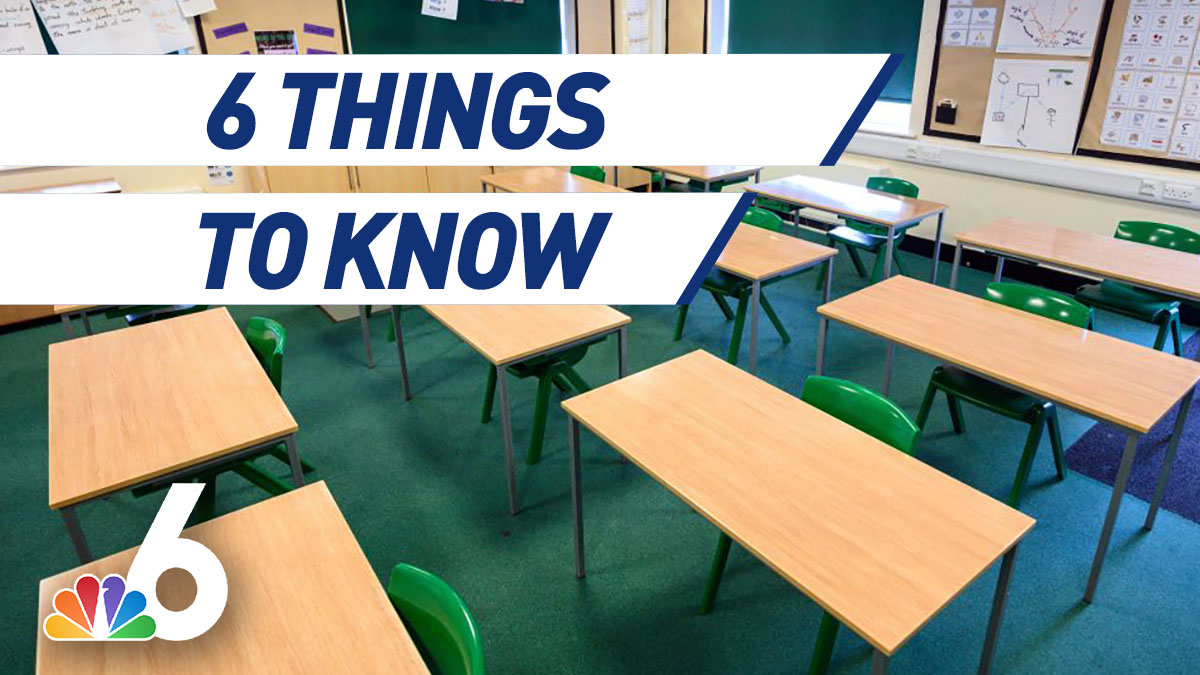 It’s Wednesday, August 5th
– and NBC 6 has the top stories for the day.

No. 1 – With school starting in South Florida in just a couple of weeks,
both Broward and Miami-Dade counties are working to iron out the details of a
school year in the midst of a pandemic.

In Broward County, students with special needs may be some of the first to go back into classrooms, Superintendent Robert Runcie announced Tuesday. Runice added that he has “directed staff to work on the possibility of establishing a pilot at a limited number of schools, if we can find staff and families, of students with disabilities who are willing to participate.”

No.
2 – The battle between South Florida mayors and Miami-Dade Mayor Carlos Gimenez
over money from Washington sent to help residents to get through the
coronavirus pandemic moved to its newest stage as talk of a lawsuit continued
Tuesday.

Gimenez and the mayors have been trying to work out their differences over the money they say is critical to families and neighborhoods. The mayors of the 34 municipalities in Miami-Dade were livid over getting less than 10% of the money that came from from the federal government. Earlier Tuesday, county commissioners at their own meeting said they heard the outcry and came up with a plan to set aside some of the money going forward. Click here for more in a story from NBC 6 investigator Willard Shepard.

No.
3 – Lucadet “Luc” Vedrine describes himself as a “man of the book” but he says
these past months have tested his limits.

Vedrine documented his day for NBC 6 after finishing another hectic shift in the intensive care unit at Memorial Hospital West in Pembroke Pines. Vedrine, a critical care nurse, begins his shift at 6:45 a.m. and leaves around 8 p.m. these days. He is one of the many medical personnel across South Florida on the frontline of the battle with COVID-19. Click here for a report from NBC 6’s Phil Prazan from Verdine and other nurses across the area in a story you will see Only on 6.

No. 4 – The murder happened on July 3rd in Pompano Beach. Someone killed
Bree Black on a street crowded with people.

Yet despite the possibility that dozens of people saw the crime occur, no one has come forward to help BSO find the killer. This is not surprising to trans activists. Last year, 27 transgender people were murdered in the United States. So far this year, the count is up to 25. Investigators said they not only have no suspects, they don’t even know the scenario of the crime, or whether it’s connected to the victim’s status as a trans woman. Click here for the pleas from Black’s supporters and law enforcement members in a report from NBC 6’s Ari Odzer.

No. 5 – The financial toll of the pandemic forced Erika Melgar, a 28-year-old
single mother, to leave South Florida.

The decision to relocate came after months of no work, and a battle with food insecurity. Melgar was working at Miami International Airport, in a restaurant, before the pandemic. She was laid off because of the changes that came to the travel industry. She says moving was hard, but taking help with food was harder. While she was struggling to provide for herself and her daughter she confronted low self-esteem. Click here to see how she is finally getting the help needed in a report from NBC 6’s Stephanie Bertini in her weekly Helping Hands series.

No. 6 – Weatherwise, oppressive heat and strong afternoon storms are what South Florida has in store for Wednesday and the rest of the work week. Keep your NBC 6 app handy for push alerts on any severe weather as well as First Alert Doppler 6000.