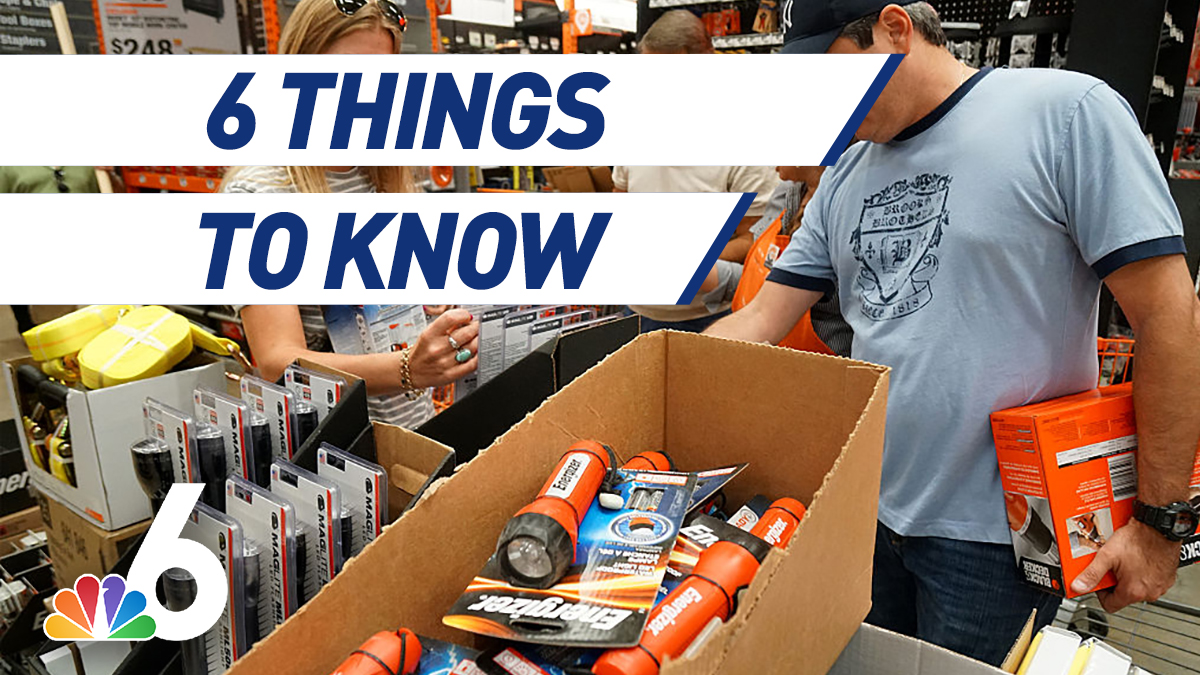 No. 1 – Floridians will be able to save on hurricane supplies beginning Friday under the state’s sales tax holiday.

This
year’s Disaster Preparedness sales tax holiday runs from Friday to June 4.
Among the items included in the holiday are batteries, generators, weather
radios and fuel cans. For a complete list, click on this link for more.

No. 2 – A week after 9-year-old Alejandro Ripley was allegedly murdered by his mother, a Miami-Dade community organized a vigil Thursday near the water where his body was found.

Most
who attended didn’t know him personally, but they said wanted to give their
love. Strangers lit candles, placed flowers and prayed. Police charged his
mother, Patricia Ripley, with premeditated murder. Parents, mental health and
disability experts are trying to sort out why the tragedy took place and what
led her to allegedly kill her son, who had autism and was non-verbal.

No.
3 – Protests over the death of George Floyd, who died while in police
custody, continue to rage in Minneapolis.

Late
Thursday night, cheering protesters broke into a Minneapolis police precinct
station after the department abandoned it, setting it ablaze and igniting
fireworks. A police spokesman confirmed late Thursday that staff had evacuated
the 3rd precinct station, the focus of many of the protests, “in the
interest of the safety of our personnel” shortly after 10 p.m.  Mayor Jacob Frey made his first public
appearance of the night at City Hall near 2 a.m. and took responsibility for
evacuating the precinct, saying it had become too dangerous for officers there.

No. 4 – As more people are venturing out into public, some are wondering
just how risky it might be. As with most things COVID-related, it depends.

The Centers for Disease Control and Prevention says the risk of catching the novel coronavirus depends in part on what you do, where you go, and with whom you live and work. Your chances of becoming seriously ill or dying increase with age and certain preexisting medical conditions, such as hypertension, diabetes, obesity, asthma and other respiratory problems, the CDC warns. Click here to see more on this report from NBC 6 investigator Tony Pipitone.

No. 5 – South Florida looked more like Venice, Italy after over three days
straight of heavy rain.

While Miami-Dade Commissioner Jose “Pepe” Diaz acknowledged the major amounts of rainfall, he’s now pointing fingers at South Florida Water Management District. On its website, South Florida Water Management District says it was proactive opening the gates to release water from canals and turned on pumps before the storms. For more on this war of words, click here for the story from NBC 6 reporter Amanda Plasencia.

No. 6 – Weatherwise, South Florida looks to have a sunny and drier Friday and weekend with rain chances dropping to an afternoon shower. Keep your NBC 6 app handy for push alerts on any severe weather as well as First Alert Doppler 6000.