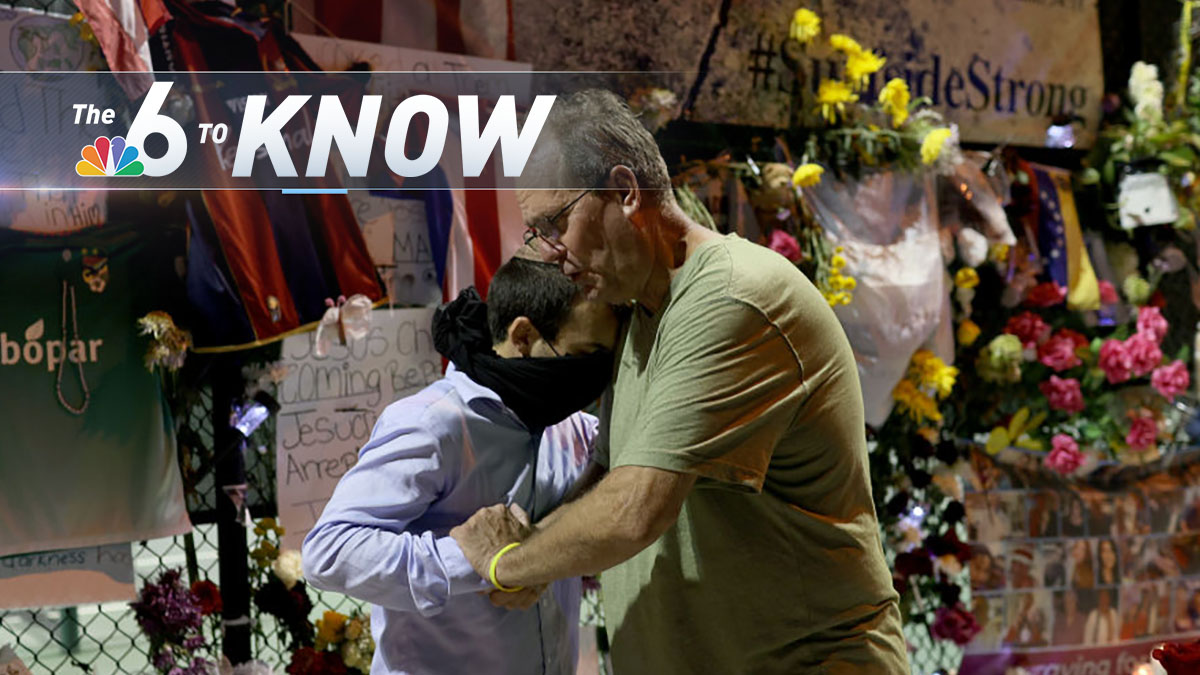 It’s Thursday, August 5th – and NBC 6 has the top stories for the day.

No. 1 – One of South Florida’s biggest hospital systems is planning on suspending elective medical procedures amid the state’s recent COVID-19 spike.

In a statement Wednesday, Memorial Healthcare System in Broward County said they will be suspending elective procedures on August 9 “in an effort to conserve critical resources for the care of COVID-19 patients, to provide safe healthcare, and to keep our community safe.” With the much more contagious delta variant now spreading exponentially, Florida hit 11,515 hospitalized patients Tuesday, breaking last year’s record for the third straight day and up from just 1,000 in mid-June. Officials at Memorial said daily hospitalization rates are at levels not seen since the major spike last summer.

No. 2 – A day after Joe Biden told him to “get out of the way” when it came to resisting COVID-19 rules, Florida Gov. Ron DeSantis hit back at the president, vowing to fight any federal mandates on vaccinations or masks in schools and accusing the administration of letting the virus spread by allowing migrants into the country at the southern border.

Speaking at a news conference in Panama City Wednesday, DeSantis said Biden was trying to “single out” Florida over COVID-19. On Tuesday, Biden criticized DeSantis and other Republican governors for not mandating lockdowns and other measures aimed at containing the delta strain of the COVID-19 virus. Florida has seen hospitalization rates spike in recent days as more delta cases are confirmed. “Joe Biden suggests that if you don’t do lockdown policies then you should quote ‘get out the way,'” DeSantis said. “But let me tell you this, if you’re coming after the rights of parents in Florida, I’m standing in your way. I’m not gonna let you get away with it.”

Miami-Dade County Public Schools says it will decide the issue based on science and evidence. So Broward’s school board will have an emergency meeting next Tuesday to decide whether or not to pick a fight with DeSantis and risk losing state funding in the process. On Wednesday the governor maintained his position that Florida’s public school students will not be made to wear face masks this school year. So, what’s next? Click here for the story from NBC 6 reporter Ari Odzer.

No. 4 – With each new flower, new life is given to the sacred space known as the Surfside Wall of Hope and Remembrance.

It’s a space where family, friends, and community members come to grieve, to cry, and to remember the 98 lives gone too soon. Every week, he and volunteers come back to clean it up. Creator Leo Soto says thousands of flowers have been donated by the community along with crosses and candles. Other items were found in the rubble. Click here to see how volunteers are working to restore the area as a true memorial in a story from NBC 6 reporter Kim Wynne.

No. 5 – Having just had her flight canceled, a Missouri woman’s luck quickly changed when she won $1 million from a Florida Lottery scratch-off ticket.

Angela Caravella, 51, of Kansas City, Missouri, claimed a $1 million top prize last month from The Fastest Road to $1,000,000 scratch-off game, according to a Florida Lottery news release. She chose to receive her winnings as a one-time, lump-sum payment of $790,000. Caravella purchased her winning ticket from a Publix supermarket in Brandon, just east of Tampa. The store will receive a $2,000 bonus commission for selling the winning ticket.

No. 6 – There have been two versions of the U.S. men’s basketball team during the Tokyo Olympics. Both showed up during a tale of two halves on Thursday.

There was the first-half version, the struggling stars that trailed by 15 points and seemed destined to fight for bronze. And there was the second-half version, the dominant force that turned the game around and seemed destined to steamroll any opponent in its path for a fourth straight gold medal. Team USA is now one victory from doing just that after defeating Australia 97-78. The United States advanced to the gold medal game on Friday at 10:30 p.m. ET against the winner of France and Slovenia.