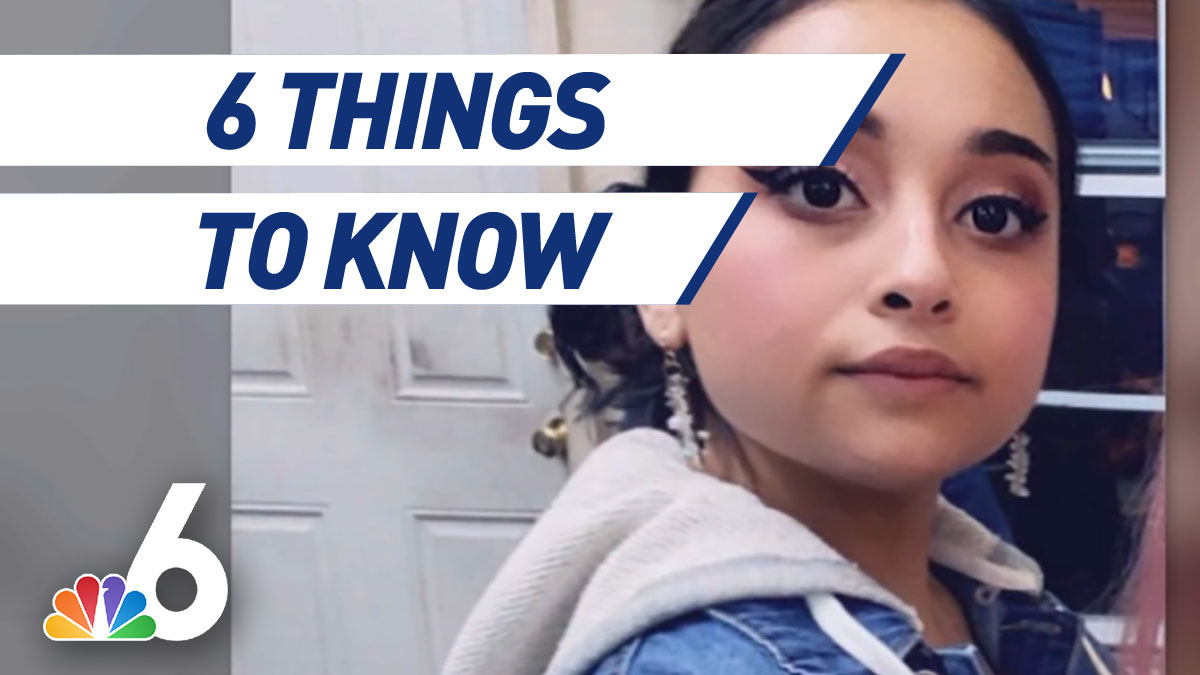 No. 1 – Loved ones are desperately trying to find a woman who attended the Rolling Loud music festival in South Florida over the weekend and hasn’t been seen since.

The last time Nicholas Prevost says he saw his friend Ashley Espinosa Sanchez was Saturday night at the Hard Rock Stadium. Miami Gardens police confirmed they were working on a missing person case. The duo drove from Tallahassee to Miami together to attend the 3-day music festival. Prevost says when they arrived at the concert, Espinosa Sanchez handed him her phone and walked away fast before she got lost in the crowd. The 23-year-old is 5-foot-2 and was last seen wearing no shoes and a black and red striped romper, with her hair possibly down.

No. 2 – According to the Centers for Disease Control and Prevention, Florida is leading the nation in new COVID-19 infections, and Miami-Dade County is number one in Florida.

Jackson Memorial Hospital is treating more than 200 COVID-19 inpatients right now, with more than 90% of them unvaccinated. These alarming trends led the county to extend hours at five sites at which anyone can get free COVID-19 testing and free vaccinations. The site at the Aventura Mall was busy all day Monday, with cars lining up for the shots. How to explain the renewed interest in getting vaccinated? It’s the fact that infections and hospitalizations are exploding in Florida. Click here for more on the story from NBC 6 reporter Ari Odzer.

No. 3 – As COVID-19 cases rapidly rise in South Florida, a mother is sharing a warning while her 15-year-old is hospitalized with the virus and fighting for her life in the ICU.

Paulina Velasquez was admitted to Broward Health on July 17 after testing positive for COVID-19. Paulina’s mother, Agnes, also tested positive. Though her symptoms are mild, that’s not the case with Paulina. Her mother Agnes hasn’t left her daughter’s side for the nine days she’s been in the ICU. Doctors hooked up Paulina to a ventilator and put her into a medically induced coma. Click here for the heartbreaking story from NBC 6 reporter Julie Leonardi.

No. 4 – Miami Beach Police announced that they’ve launched a use of force investigation late Monday following the arrests of two people.

The arrest took place inside the lobby of the Royal Palm South Beach Hotel, located at 1545 Collins Avenue. The chief of the MBPD is asking the State Attorneys Office to not file charges against one of the men and to secure his release while four officers have been relieved of duty pending the outcome of an investigation. 24-year-old Dalonta Crudup was arrested after fleeing from police on a scooter. As officers were taking Crudup into custody, police also arrested a second person unrelated to the investigation. 28-year-old Khalid Vaughn initially faced charges of resisting an officer and for interfering with a law enforcement investigation.

No. 5 – An extensive public awareness initiative is underway to help leisure Florida Keys travelers and residents have an enjoyable, safe and non-impacting experience during the upcoming two-day lobster sport season (Wednesday, July 28, and Thursday, July 29) and the traditional lobster harvesting season that begins Aug. 6.

No. 6 – Paige “McFierce” McPherson took her “A” game to the Tokyo Olympics. She made it through all the way to the bronze medal match but just fell short of a medal.

It was a showdown on the taekwondo mat as McPherson punched and kicked her way through the bronze medal match but she ultimately fell against Egypt’s Hedaya Wahba. The taekwondo veteran, who lives and trains in South Florida, had overcome a severe knee injury to get to Tokyo. She won her first two matches and powered through to the bronze medal match. Even though she lost, she won over the hearts of the Miami community and is grateful for its support. Click here for the story from NBC 6 reporter Amanda Plasencia.