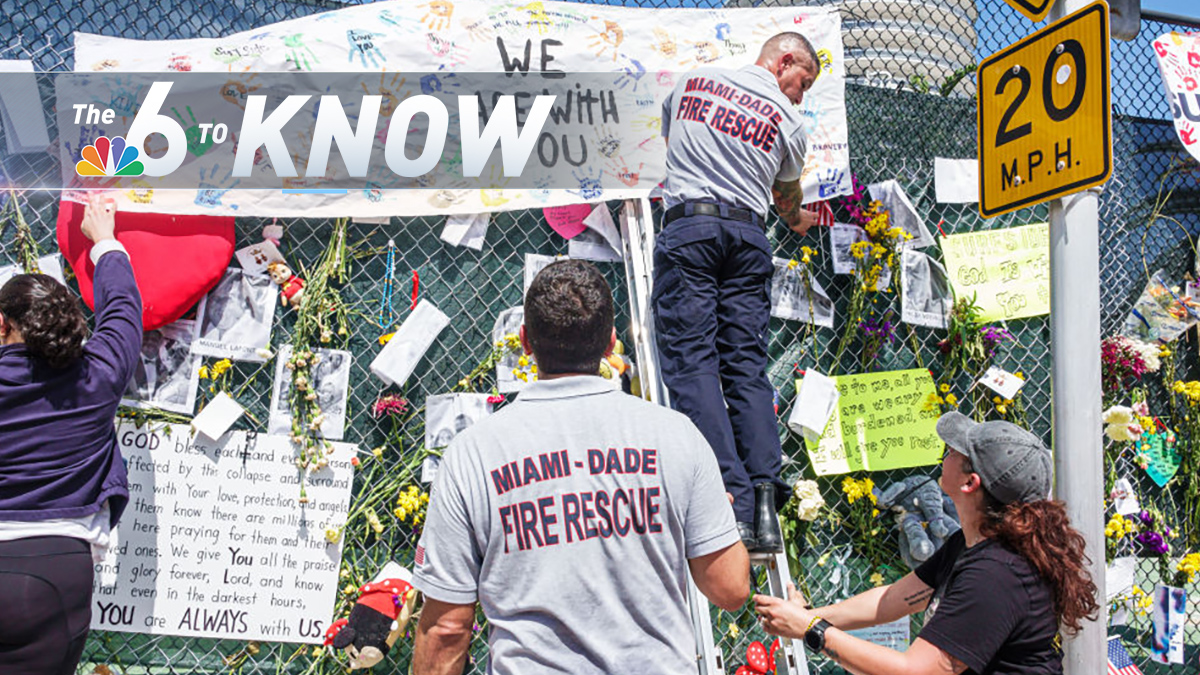 No. 1 – Most “active shooter” attacks in America end within five minutes. The attack on Uvalde school children lasted an hour.

That is how long police waited for backup Tuesday instead of moving on the gunman, who sprayed classrooms with bullets, leaving 19 children and two teachers dead. That revelation, which a Texas law enforcement official provided Thursday, has enraged parents who wonder whether a quicker response could have saved lives — though details about the exact sequence of events remain unclear. The delay in entering the building also confounded experts who say it deviates from standard police practice, which says officers should do whatever they can, as fast as they can, to stop a shooter’s assault, even if they are alone and without backup.

No. 2 – Twenty-one names, each written on white crosses standing on the lawn of Robb Elementary School — each one a son, a daughter, a teacher, a life that was senselessly taken away.

Annabell Rodriguez, 10, got her honor roll certificate not long before she was killed along with 18 of her classmates and two teachers. “What I want the world to know about Annabell is that she’s still alive in our hearts,” her aunt, Patricia Castanon, said. There’s also nothing that can wash away the sorrow. Still, in Uvalde, the community is trying to remain strong, holding events like barbecues and car wash fundraisers for the families. Anna Turner, who said she lost family in the shooting, stopped by the elementary school Thursday to drop off flowers. Her grief has turned to anger. Click here for a report from NBC 6’s Cristian Benavides from Texas.

No. 3 – Florida will require statewide recertification of condominiums over three stories tall under new legislation Republican Gov. Ron DeSantis signed into law Thursday as a response to the Surfside building collapse that killed 98 people.

The governor’s signature came the day after the House unanimously passed the bill during a special session originally called to address skyrocketing property insurance rates. The condominium safety bill was added to the agenda Tuesday and immediately passed by the Senate. Recertification will be required after 30 years, or 25 years if the building is within 3 miles of the coast, and every 10 years thereafter. The Champlain Towers South was 40 years old and was going through the 40-year-recertification process required by Miami-Dade County when it collapsed last June.

No. 4 – The conversation about cyclist safety has been a top priority for many after the deaths of two cyclists on the Rickenbacker Causeway about two weeks ago.

It’s a broad topic and covers an array of different issues that both cyclists and drivers say need to be addressed to improve safety on the road for everyone. A local cyclist shared cellphone video with NBC 6 that shows an apparent road rage situation on Key Biscayne. The cell phone video is from February of this year. It shows an outraged driver honking loudly at a cyclist in the roadway. The driver can be seen driving directly into the bicycle lane. Since the deadly crash over a week ago, there have been some immediate changes on the Rickenbacker. There are orange cones along the bike lanes, more enforcement efforts and a new 35 mph speed limit.

No. 5 – Anthony came off his flight from Mississippi Thursday afternoon ready to let the good times roll.

“Nice weekends—always have fun in Miami. So we are here to have a good time,” he said while heading down the MIA concourse.  Lots of people are thinking just like him. Soaring numbers of passengers are being seen at both South Florida airports. “This could be a record high ever. We are expecting about 150,000 passengers a day between Friday and Monday this weekend,” MIA spokesman Jack Varela said. The convention experts in Miami Dade say tourist spending is up 8% over the year before the pandemic, too. The tourists, of course, come for the beaches, the restaurants, the food, the clubs, and the shopping. Click here for more in a report from NBC 6 investigator Willard Shepard.

No. 6 – The Miami Heat are back on the road for what could be their final game of the season in Game 6 of the Eastern Conference Finals.

A win by the Boston Celtics, who have won the last two games in the series, will send Boston to the NBA Finals against the Golden State Warriors. A win by Miami, who won Game 3 on the Celtics’ home court last weekend, would bring Game 7 back to Miami on Sunday night.