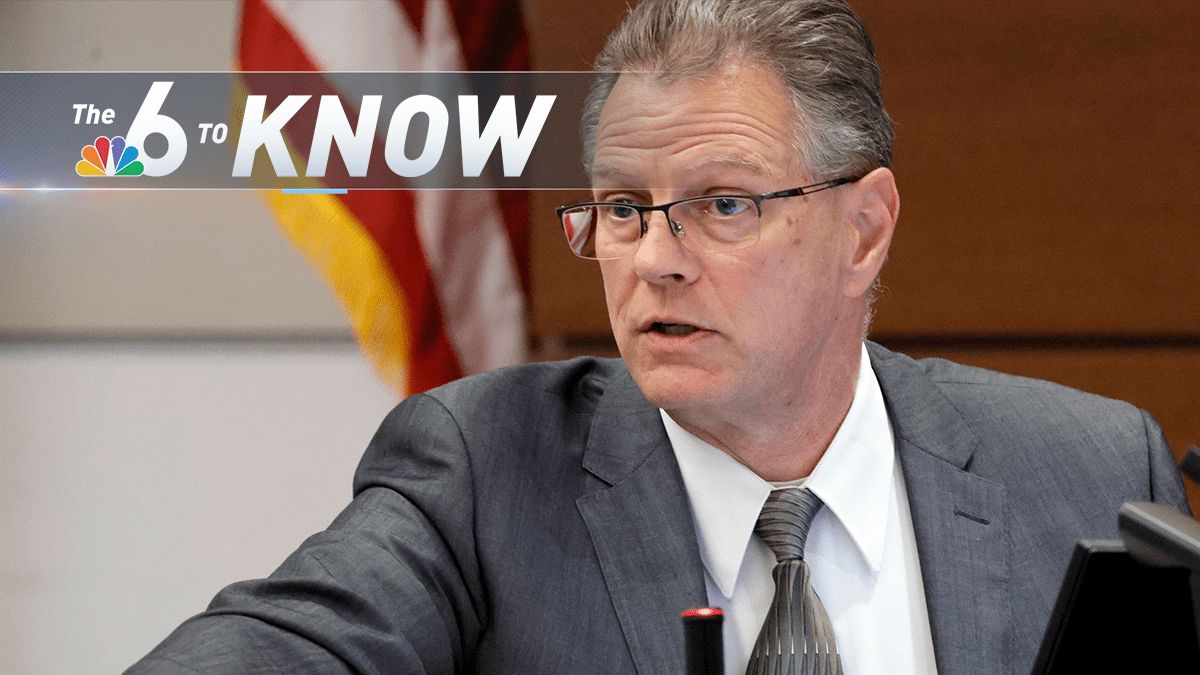 It’s Wednesday, October 5th – and NBC 6 has the top stories for the day.

But after presenting dozens of charts showing the results of IQ tests and other examinations and long explanations of averages and standard deviations that even had the judge joking she understood why some jurors were drinking strong Cuban coffee, assistant prosecutor Jeff Marcus pulled his trump card. He turned to the simplest test given to Cruz: How fast can the confessed killer tap his dominant left index finger? During tests administered earlier this year by experts his attorneys hired, Cruz averaged 22 taps in 10 seconds. Prosecution neuropsychologist Robert Denney said the average male scores 51 on that test and a 22 would be a score only someone with a severe brain injury that causes physical stiffness would tally.

No. 2 – A 21-year-old deputy in central Florida was killed early Tuesday morning while serving a felony drug warrant.

The Polk County Sheriff’s Office identified Blane Lane as the slain deputy. He was sworn into the department on Jan. 18 of this year. NBC affiliate WESH-TV reports the shooting took place in Polk City around 3 a.m. when the deputy was one of four responding to a failure to appear on a felony meth warrant. “They entered the trailer successfully, shots were fired, and ultimately one of our very young deputies, 21 years of age, he’s been with us a short period of time, died at Lakeland Regional Medical Center,” Polk County Sheriff Grady Judd said.

No. 3 – A Kentucky man was accused of lewd behavior after he allegedly kissed a child on the mouth while on a Carnival cruise ship, police said.

Ernest Bishop Jr., 51, was arrested Monday and faces a charge of lewd and lascivious behavior on a child less than 16 years old, an arrest affidavit said. The victim’s father told officers he saw Bishop kiss the 5-year-old girl on the mouth while they were on the Carnival Sunrise cruise ship on Saturday, the affidavit said. On Monday, officers found Bishop on the ship and transported him to the Miami-Dade Police Department’s Sexual Crime Investigations Unit for an interview.

No. 4 – It’s Hispanic Heritage Month and one woman stands out in her field as a developer with years of hard work and dedication, hoping to inspire Latinas everywhere to follow their dreams.

A daughter of Colombian immigrants, Stephanie Shojaee is now the president of one of the largest development firms in Miami. It’s a big accomplishment and now she says she’s making sure that she inspires other women to stay true to who they are in the workplace. Shojaee stands out as one of the few female Hispanic property developers in the US. Stephanie helped catapult Shoma Group into great success from her position as a company Chief Marketing Officer.

No. 5 – Gabriel Varona says he saw the devastation in southwest Florida firsthand when he visited last week to help those in need.

“There’s boats on top of houses,” Varona said. “There’s cars in the canal. There’s RVs in the canal, like it’s a mess.” It’s a mess he runs straight towards whenever disaster strikes. This time, he traveled with his 13-foot boat attached to a trailer filled with supplies. “Whatever they need like food, water, barbecue, generators, ice,” Varona said. “The essentials that they need immediately.”

No. 6 – A Florida man used his experience as a former rescue diver and police officer to rescue his mother when the storm surge from Hurricane Ian overtook her home.

Johnny Lauder had to push through the floodwaters to save his 84-year-old disabled mother, who was alone and stranded in her Naples apartment. “We’re looking at four feet of water, and I had to swim forever,” Lauder says in a video he filmed as he navigated through the water. “She said the water was her at her ankle, then it was at the bottom of her chair, and when the water was at her belly button, I knew that was it,” Lauder recalled. “We didn’t have much time.” Lauder said a 40-minute swim felt like four minutes.