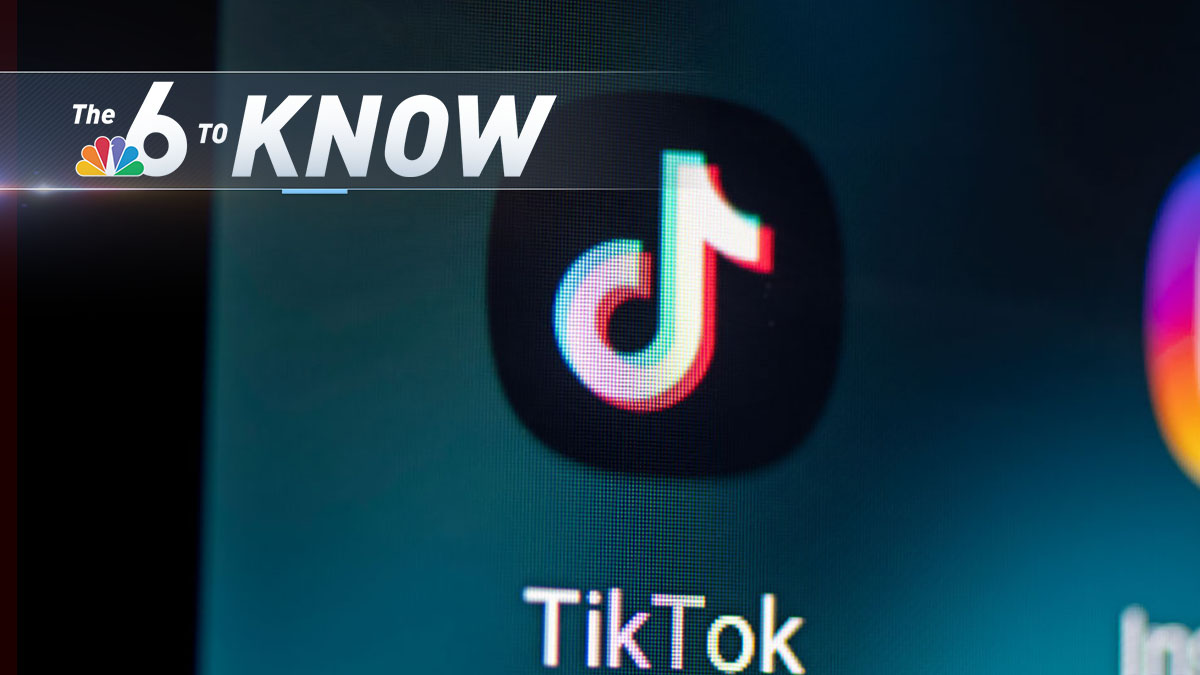 It’s Tuesday, September 21st – and NBC 6 has the top stories for the day.

No. 1 – An autopsy was set for Tuesday in the death of Gabby Petito after a body was discovered over the weekend at a Wyoming national park months after she and her boyfriend set out on a cross-country road trip.

The body was recovered Sunday on the edge of Grand Teton National Park, which the couple had visited. No details on the cause of death were released and a forensic identification will be completed to confirm the body’s identity — but investigators believe it’s the 22-year-old reported missing by her family on Sept. 11. FBI agents and police Monday searched the home of boyfriend Brian Laundrie, who is wanted for questioning but has disappeared. The FBI gave no details on the search by at least a dozen law enforcement officers, but agents removed several boxes and towed away a car that neighbors said was typically used by Laundrie’s mother. Local media said Laundrie’s parents were seen getting into a police vehicle.

No. 2 – Pfizer said Monday its COVID-19 vaccine works for children ages 5 to 11 and that it will seek U.S. authorization for this age group soon — a key step toward beginning vaccinations for youngsters.

The vaccine made by Pfizer and its German partner BioNTech already is available for anyone 12 and older. But with kids now back in school and the extra-contagious delta variant causing a huge jump in pediatric infections, many parents are anxiously awaiting vaccinations for their younger children. For elementary school-aged kids, Pfizer tested a much lower dose — a third of the amount that’s in each shot given now. Yet after their second dose, children ages 5 to 11 developed coronavirus-fighting antibody levels just as strong as teenagers and young adults, Dr. Bill Gruber, a Pfizer senior vice president, told The Associated Press.

No. 3 – A student has been arrested after he allegedly threatened a shooting at South Broward High School in social media posts.

The 15-year-old student appeared in juvenile court Monday to face a charge of written threat to kill or shoot up a school. A judge gave him 21 days of detention and ordered him to stay off social media. Officials at the Hollywood school said numerous students made them aware of the threats, which had been circulating on social media. A message was sent to parents Sunday night informing them of the threats.

No. 4 – A South Florida student who said he was injured and traumatized after a partial roof collapse at his middle school may be taking legal action, his attorney said.

Matthew Moton said he was in the building at Rickards Middle School in Oakland Park back on March 5 when a section of the roof came tumbling down. Moton said he was in class near where construction was taking place at the school. His attorney, Nick LaRoche, is putting Broward Schools on notice, saying they plan to go to court to hold the school system accountable for what happened to Moton and potentially other students. They want to board to pay for his medical treatments and psychological counseling he continues to go to after the trauma. To hear what Moton had to say, click here for the story from NBC 6 investigator Willard Shepard.

No. 5 – Ahead of the 15th anniversary season and a return to full houses, the Adrienne Arsht Center announced new health and safety protocols effective October 5th.

The venue in downtown Miami announced Monday that all audience members ages 12 and older must provide proof of a negative COVID test. Guests may also volunteer to provide proof of vaccination in lieu of testing. All guest ages two and older are required to wear masks regardless of vaccination status. The Arsht Center said it implemented the new guest entry policies based on recommendations from local health officials and the venue’s own medical advisor from Florida International University’s Academy Health Systems.

No. 6 – When you’re trying to land a new job — what’s the most creative way you’ve tried to stand out in a sea of applicants?

While most companies and recruiters still suggest you have a one sheet resume, some job seekers are turning to TikTok, which is changing the job hunt. In July, the company launched a pilot program called TikTok Resumes, designed to help connect users with companies who are hiring. Large companies like Target, Chipotle, Shopify and even World Wrestling Entertainment have taken notice by using TikTok to find applicants. But will other companies join them? Click here for the story from NBC 6 consumer investigator Sasha Jones.