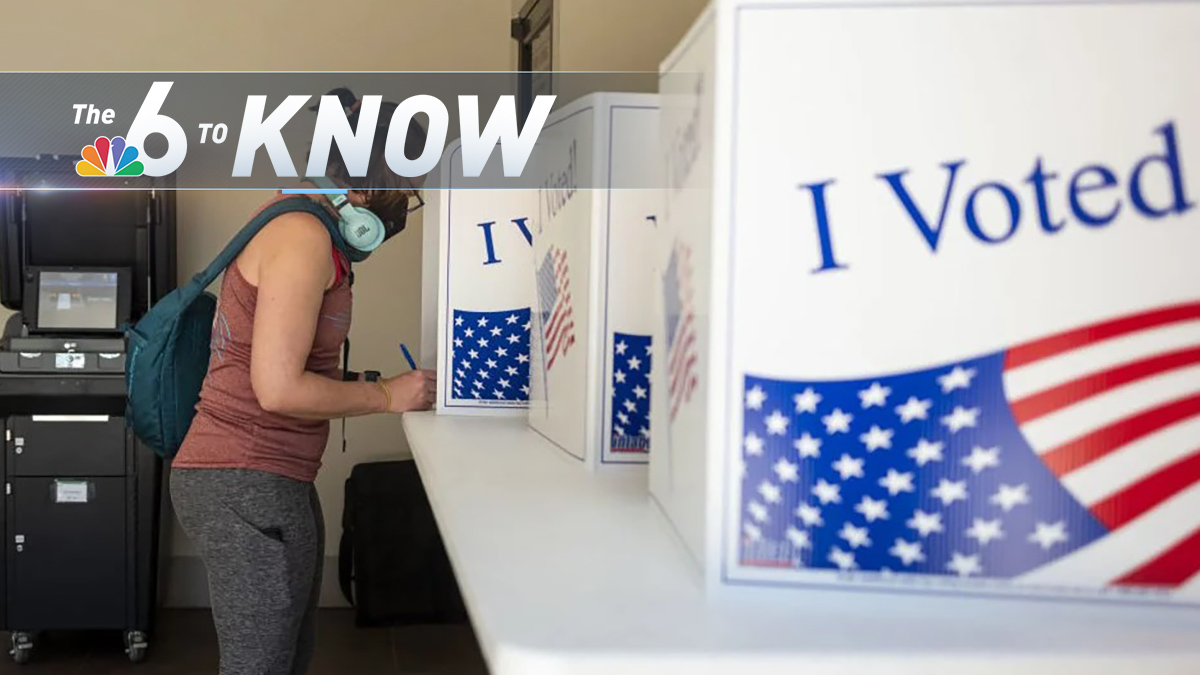 No. 1 – A former resident at Miami Beach’s Mount Sinai Medical Center has been arrested for an attempted sex trafficking of a young girl, FBI officials said.

Alan Li, 26, is charged with attempted sex trafficking of a minor under 14 and attempted coercion or enticement of a minor, according to an arrest affidavit. According to the affidavit, the investigation into Li began on March 12 when the FBI received a tip from a woman in Ohio who said her acquaintance, Li, had reached out to her on Snapchat to find his friend, Michael Chen, young girls in the Miami area. The woman said she met Li through a dating/escort site and had gotten together with him for a night but they had lost contact with each other for about a year, the affidavit said. Records showed Li was due in federal court on May 27 for an arraignment. Attorney information wasn’t available.

No. 2 – A second presumptive case of monkeypox in Broward County was announced by the Florida Department of Health on Monday afternoon.

DOH-Broward has not released any details about the patient, who is currently in isolation while the case is being investigated. After the first possible case of monkeypox in South Florida was announced by DOH-Broward on Sunday, many local residents were left with questions about what the disease is and how it spreads. South Florida doctors are weighing in on the conversation around monkeypox. Click here for what they believe everyone should know about the recent outbreak.

No. 3 – Pittsburgh Steelers quarterback Dwayne Haskins “drank heavily” at a club and still had a large amount of alcohol in his blood when he was struck and killed by a dump truck on a South Florida highway last month, according to a new autopsy report.

Haskins, 24, was killed the morning of April 9 when he was struck by the truck in the westbound lanes of Interstate 595 near the exit for Interstate 95. Florida Highway Patrol officials said Haskins, who had been walking on the highway, was pronounced dead at the scene. The autopsy released Monday by the Broward County Medical Examiner lists Haskins’ cause of death as “multiple blunt force injuries” and his manner of death as an “accident.”

No. 4 – The growing rent crisis in South Florida rears its ugly head with a family who has a loved one with special needs reaching out for help.

Yolanda Rosado’s call for assistance made its way to NBC 6 after she was forced to move from the home where her family lived for years, but this spring, the skyrocketing prices left her and her son in a desperate situation.  When Rosado isn’t at work, what she lives for is the time with her son Joey, who’s now in his 20s. Rosado gets help from the nurses who stay with Joey when she’s away, but it all went downhill several weeks ago when the home where they’ve been renting for seven years was sold and she had to look for another place. A friend took them in, but quickly told them they had to go, making matters worse. Click here to find out more and how you can help in a report from NBC 6 investigator Willard Shepard.

No. 5 – Since the 2020 election and former President Donald Trump’s false claim of a “stolen” election, election workers in Florida have faced an increasing amount of harassment and threats.

Leading up to the 2022 election, some Florida Supervisors of Elections fear the trend will keep volunteers away and lead for non-partisan workers to quit, eroding trust in the election system. Despite the fact Gov. Ron DeSantis said Florida had a safe and secure election in 2020, election workers across the state have received threats over the phone and email, according to public records obtained by NBC 6 Investigators.  Miami-Dade and Monroe County election offices did not have any reports or documented threats, according to the election offices and county police. But that’s not the case in Broward and other parts of Florida. Click here for more in a report from NBC 6 investigator Phil Prazan.

No. 6 – With their backs against the wall, the Florida Panthers saw their season once again come to an end thanks to their rivals from across the state.

A third period goal from the Tampa Bay Lightning and 49 saves from their goaltender Andrei Vasilevskiy were enough for the 2-0 in Game 4 of their second round series, giving the Lightning a 4-0 series victory over the Panthers. Meanwhile, the best-of-seven game series between the Miami Heat and Boston Celtics has now become a best-of-three series. Hoping to avoid what could have been their final home game of the season, Boston got 31 points from forward Jayson Tatum to get a convincing 102-82 win in Game 4 of the Eastern Conference Finals, tying the series at two win each. Game 5 will be Wednesday night in Miami with Game 6 returning to Boston on Friday.