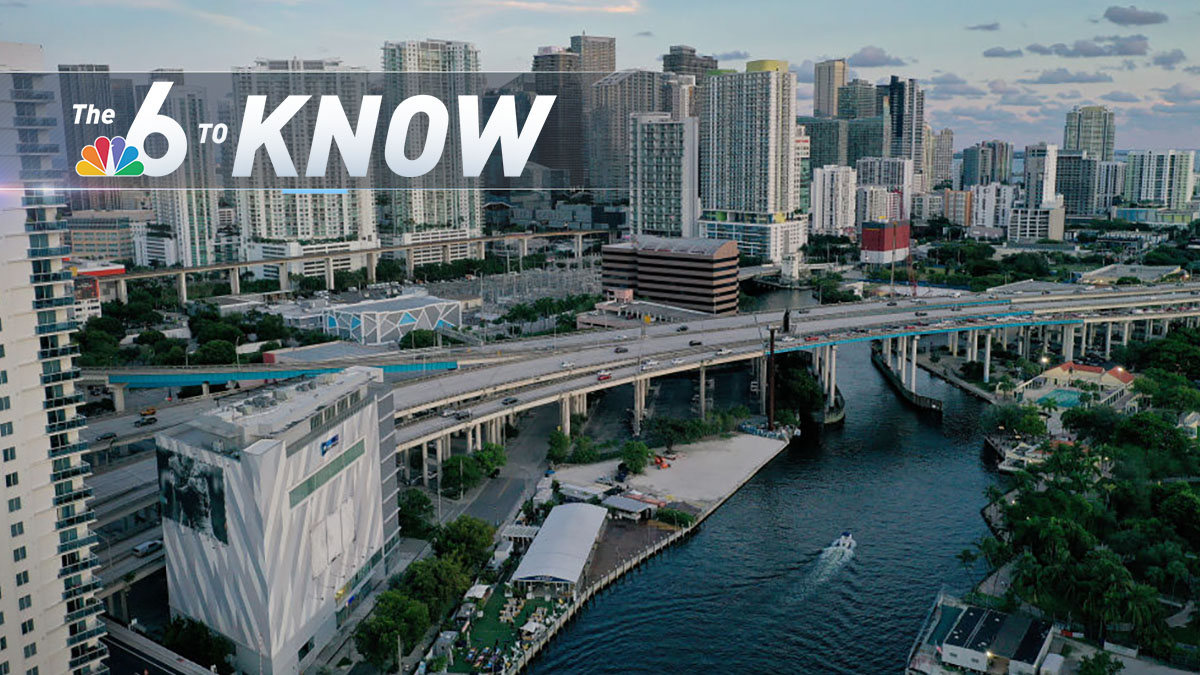 It’s Tuesday, October 26th – and NBC 6 has the top stories for the day.

No. 1 – Three teens planned and carried out the brutal murder of their Miramar High School classmate after the victim had sex with an ex-girlfriend of one of the teens, in a shocking killing that was captured on surveillance cameras, police said.

Miramar Police announced Saturday that they’d arrested a 16-year-old girl, a 17-year-old girl and a 17-year-old boy on murder charges in the killing of 18-year-old Dwight “DJ” Grant. Grant had been reported missing on Oct. 17 and his body was found two days later in some bushes at the Miramar apartment complex where he lived. According to arrest affidavits released Monday, Grant’s body was found badly beaten and with stab wounds. A knife with a broken blade was found near the body, the affidavits said. The arrest affidavits detail how the three teens several days earlier had planned the murder of Grant after he’d had sex with the 17-year-old boy’s ex-girlfriend.

No. 2 – Booster shots are on people’s minds whether you live in Florida or are on vacation here.

For the last four weeks, more people have received a booster shot in Florida, compared to the first or second Covid-19 vaccine doses. The Florida Department of Health reported at the end of September that the number of booster shots administered edged out the number of people who completed their shot series. That trend continues. Last week 30,000 more people in Florida got their booster shot, about 102,000 versus 72,000 who got their second Pfizer or Moderna shot, or the single Johnson and Johnson shot. Experts tell us they’re not surprised. Click here for more in the story from NBC 6 reporter Marissa Bagg.

No. 3 – The initial autopsy on the remains of Brian Laundrie did not uncover a cause of his death and a more intensive examination will be done, a Laundrie family lawyer said Monday.

Laundrie’s skeletal remains found in a Florida nature preserve were positively identified last week using dental records, according to the FBI. Laundrie was the subject of a manhunt for more than a month as investigators searched for clues in the slaying of his girlfriend, Gabby Petito, during their cross-country van trip together. Steve Bertolino, the Laundries’ attorney, said in text messages Monday that he was told by police the autopsy by the Sarasota County medical examiner did not produce concrete results on Brian Laundrie’s death. The medical examiner’s office declined comment Monday, as did the FBI office in Denver that is leading the probe.

No. 4 – Miami has quickly become one of the hottest new tech hubs in the country.

And as more businesses eye the area’s tech scene — demand for workers is growing. But who is getting hired? NBC 6’s Cristian Benavides spoke to one expert who says employees from other states are beating out South Floridians for these jobs. Click here for more on that story.

No. 5 – Refund complaints to the federal government have skyrocketed over the pandemic.

The U.S. Department of Transportation is beefing up staff to help secure refunds for passengers of canceled flights. Flight cancellations and schedule changes have impacted many air travelers over the pandemic. According to U.S. DOT, airlines and ticket agents have a legal obligation to provide refunds to consumers if the airline cancels or significantly changes a consumer’s flight. But early in the pandemic, many passengers had difficulty getting refunds. Click here for more from NBC 6 consumer investigator Sasha Jones.

No. 6 – It’s a South Florida staple that thousands of residents and tourists sometimes are willing to wait hours in line for: the cinnamon buns and fresh produce from Knaus Berry Farms.

Tuesday, the sweet treats make their return. The family-owned farm, located off Southwest 248th Street near 160th Avenue, announced in April they would be reopening October 26th “Lord willing.” Knaus Berry Farms opened for business in 1956 and traditionally stays open through mid-April. It will be open from 8 a.m. to 5:30 p.m. Mondays through Saturdays and is cash only.