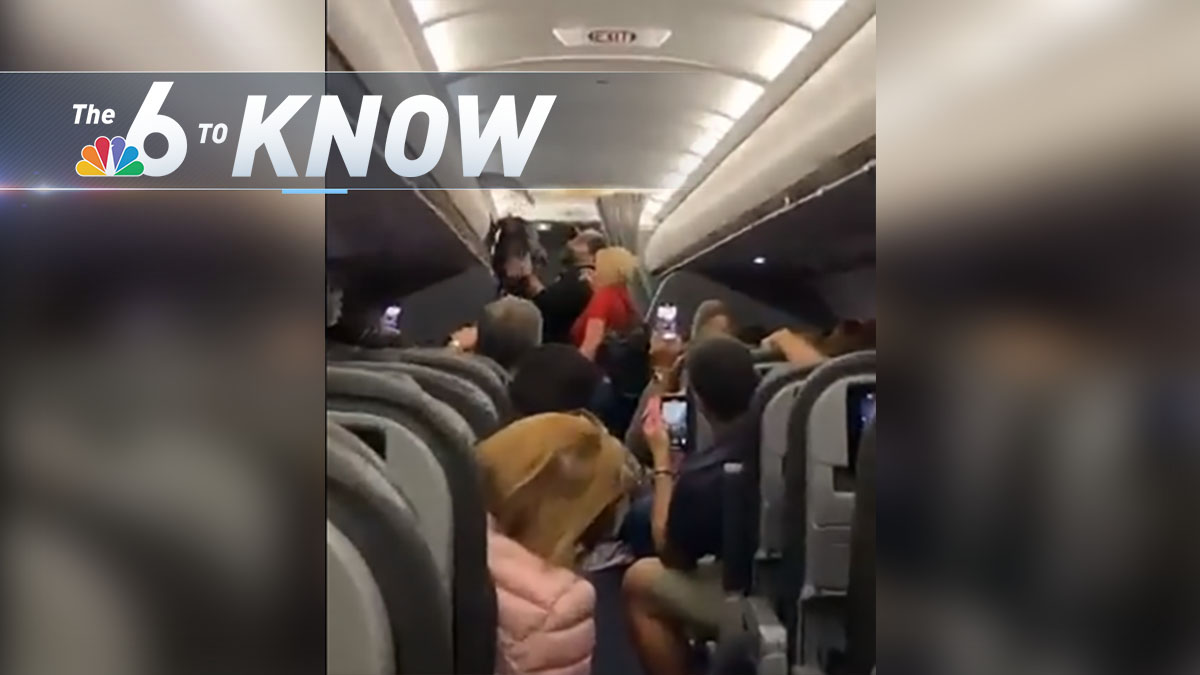 It’s Monday, September 20th – and NBC 6 has the top stories for the day.

No. 1 – Authorities said a body discovered in northern Wyoming was believed to be that of a 22-year-old woman who disappeared while on a cross-country trek with a boyfriend now the subject of an intense search in a Florida nature preserve.

The FBI said the body of Gabrielle “Gabby” Petito was found Sunday by law enforcement agents who spent the weekend searching camp sites on the eastern border of Grand Teton National Park. The cause of death not yet been determined, said FBI Supervisory Special Agent Charles Jones. Specifics on where and how the body was found were not disclosed. Boyfriend Brian Laundrie, 23, has been identified as a person of interest in the case. He was last seen Tuesday by family members in Florida. Petito’s father, Joseph, posted on social media an image of a broken heart above a picture of his daughter with a message that said, “she touched the world.”

No. 2 – Police say they have arrested a man after two adults and two children were shot in southwest Miami-Dade early Sunday morning.

30-year-old Alfonzo Amaker was arrested and faces four counts of attempted second degree murder for the incident that took place just after 2 a.m. The shooting happened following an argument in a residential area on Pierce Street near SW 152nd Avenue, police said. The altercation happened inside the home during a family gathering at around 2 a.m., police said. The Miami-Dade Police department said the victims were transported to area hospitals and are currently in stable condition.

No. 3 – A man was caught on several home security cameras going from mailbox to mailbox taking items and checking to see what was inside in a neighborhood in Grapeland Heights Sunday morning.

Neighbors say they’ll now have to get a lock for their mailbox or stop receiving mail there altogether. Another resident captured the man on multiple cameras at his home. In one video, the man appears to casually talk on his cell phone before discretely opening the mailbox and reaching inside. Several neighbors have provided their home security footage to police and many of them are requesting increased police presence in the area during overnight hours. To see the video, click here for the story from NBC 6 reporter Paxton Boyd you’ll see Only on 6.

No. 4 – Two passengers on a flight leaving Miami International Airport on Friday were kicked off after refusing to wear face masks.

Only in Dade posted the video from the American Airlines flight scheduled to depart from Miami to Houston, showing the passengers being escorted off the plane. “American Airlines Flight 1469, with service from Miami (MIA) to Houston (IAH), returned to the gate to deplane two customers who refused to comply with crew member instructions or adhere to federal face covering requirements,” the airline said in a statement. To see the video, click here for the story.

No. 5 – An array of colorful floats, banners and flags took over Ocean Drive Sunday at the Miami Beach Pride Parade after festivities were cancelled in 2020 and postponed for five months in 2021.

The event took place across the length of Ocean Drive along the Art Deco district. Former professional football player and Voice contestant Esera Tuaolo served as the parade’s Advocate Marshal. More than 50 floats to highlight a “fabulous display of creativity and pride.” Click here for more on the event in a story from NBC 6 reporter Jamie Guirola.

No. 6 – Another Buffalo-Miami game, another lopsided Bills victory. And this one might wind up hurting the Dolphins more than most of the others.

Josh Allen threw two touchdown passes, Zach Moss ran for two scores and the Bills knocked out Miami quarterback Tua Tagovailoa early with a rib injury on the way to a 35-0 win on Sunday. Devin Singletary rushed for 82 yards and another touchdown for the Bills (1-1). Buffalo has won six consecutive games in the series, doing so by an average of 20 points. Buffalo’s A.J. Epenesa blew past Dolphins right tackle Jesse Davis and was at full speed when he launched into Miami’s quarterback. Tagovailoa needed a couple tries just to get to the sideline, was carted to the locker room not long afterward and didn’t return. Tagovailoa was having tests performed, a process that will continue into Monday, Dolphins coach Brian Flores said.