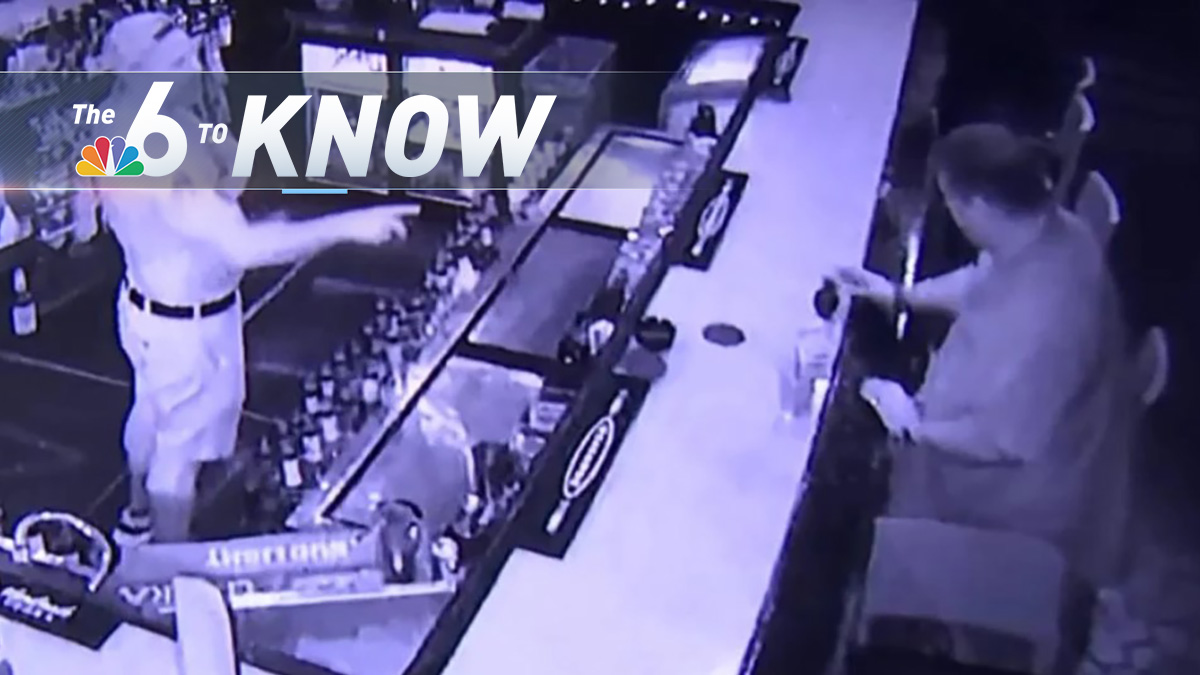 It’s Thursday, August 18th – and NBC 6 has the top stories for the day.

No. 1 – A Miami-Dade Police detective has died days after he was shot while responding to an armed robbery.

Cesar “Echy” Echaverry, 29, was a five-year veteran of the Miami-Dade Police Department. Director Alfredo Ramirez announced his passing Wednesday night. “Officer Echaverry died in the line of duty while serving & protecting our community,” Ramirez said in a series of tweets. “Our law enforcement family will continue to stand beside & support the Echaverry family through this difficult time. We’ll never forget Officer Echaverry’s bravery & sacrifice. Godspeed, brother.” Echaverry was critically wounded in the Monday night shooting that began with an armed robbery in Broward and ended with a pursuit and gunfire that left suspect Jeremy Horton dead, Miami-Dade Police officials said.

No. 2 – The second suspect connected to an armed robbery that led to the death of a Miami-Dade detective has been identified.

His girlfriend identified Jamie Robles as the man who was shot and killed by officers Tuesday in a hotel room in Miami Springs. Robles, who goes by Rico, recently moved to South Florida and is originally from Puerto Rico. His girlfriend, who did not want to be identified, said they were staying at the Extended Stay hotel with their three kids. Robles recently met Jeremy Horton and lent him the car on the night of the officer-involved shooting, but his girlfriend says that’s the extent of Robles’s involvement and said that he shouldn’t have been killed.

No. 3 – A man was taken into custody after he was caught on camera pulling out an inoperable grenade inside a bar in Wilton Manors.

The incident happened Tuesday night at the Corner Pub at 1915 North Andrews Avenue. “What ran through my mind initially was ‘oh my God, if that pin goes off we are dead,'” bartender Joseph Shakespeare said Wednesday. Shakespeare said he watched as the man, who Wilton Manors Police described as “emotionally disturbed,” placed the grenade on the bar. Shakespeare said he remained calm and called his boss, Corner Bar owner Anthony Henne, who called police. Before officers arrived the man was distracted while everyone quietly escaped the bar. No one was hurt and the man was taken for a mental evaluation.

No. 4 – When school started last year, the school districts braced for an influx of pandemic-generated mental health challenges, and they got it.

So this year, everyone’s ready, says Miami-Dade Superintendent Dr. Jose Dotres.  “Let’s not forget also that we have entered into a landscape where mental health becomes critically important, and so you will see that education now, moving forward, you have to have the academic progress of a child very well in tune with the mental health conditions or concerns, supports that children need,” Dotres said. Last May, Miami-Dade Public Schools started a program to teach high school students to recognize signs of depression, anxiety, and substance abuse among their peers, a program that will continue this school year. Click here for more in a report from NBC 6’s Ari Odzer.

No. 5 – Identity theft experts will tell you that criminals just need a couple of data points about you to steal your identity and your money.

“None of us can really keep track of it, I have no idea how many different places I have put my information in online,” web security consultant Troy Hunt said. Hunt said your information is often exposed in data breaches of companies or agencies where you have done business. He characterizes the attacks as pervasive and non-stop. “You really can’t do a lot to stop yourself from being in data breaches,” Hunt said. Hunt has developed a website that combines information from data breaches from across the globe. It’s called haveibeenpwned.com. Click here for more in a report from NBC 6 consumer investigator Sasha Jones.

No. 6 – Fresh off another trip to the Eastern Conference Finals last season, the Miami Heat now know the slate of games they will play in the upcoming regular season.

The NBA released the 2022-23 schedule for each team Wednesday, with the Heat opening the season on Wednesday, October 19 against the Chicago Bulls. Miami will play four straight games at the FTX Arena to start the season, including Friday, October 21st against the Boston Celtics – who beat Miami in the conference finals last season. Other notable home games include the defending NBA champion Golden State Warriors (November 1st), a visit from LeBron James and the Los Angeles Lakers (December 28th) and two games against the rival New York Knicks (March 3rd and March 22nd). Click here for the complete schedule.