These are the six stories you need to follow in Pyeongchang over the next 24 hours:

Vonn Is Favorite for Alpine Downhill

Lindsey Vonn will try again for her first medal in the Pyeongchang Games in the Alpine downhill race.

Vonn became a household name when she won gold in the downhill in the 2010 Olympics in Vancouver. But she missed the 2014 Olympics due to injury, and she opened the Pyeongchang games with a a disappointing run in the women’s super-G, when she skied wide on a late turn and tied for sixth place. Ester Ledecka, of the Czech Republic, shocked everyone, including herself, by taking the gold.

At 33, Vonn is trying to become the oldest woman to win an Olympic Alpine medal. Italy’s Sofia Goggia, who finished first or second in all four of her downhill races in 2018, is a top competitor to watch.

American Mikaela Shiffrin pulled out of the downhill to prepare for Thursday’s Alpine combined. That’s where Vonn and Shiffrin, who already won gold in the giant slalom, could compete head-to-head. 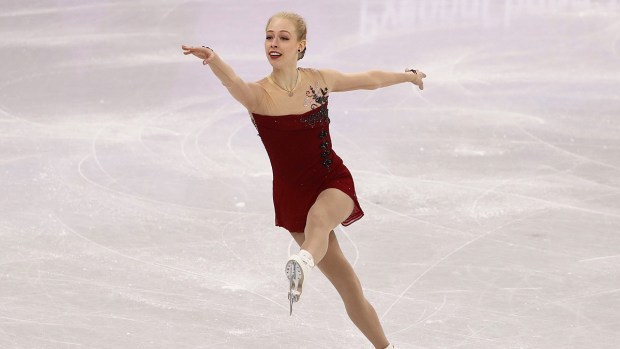 Figure skating’s marquee discipline, the women’s event, will close out the figure skating competition in Pyeongchang.

Reigning U.S. champion Bradie Tennell looks to woo the crowd in the short program, performing to music from the South Korean blockbuster “Taegukgi.” Her exceptional jumps make her a strong medal contender. Mirai Nagasu has already made history in Pyeongchang by becoming the first U.S. woman – and just the third woman ever – to land a triple axel on Olympic ice during the team event free skate. Tennell and Nagasu helped Team USA win bronze in the team event.

Team USA’s Karen Chen, the 2017 national champion, choreographed both her short and long programs herself. She counts 1992 Olympic champion Kristi Yamaguchi among her friends and mentors.

Tennell, Nagasu and Chen will look to keep up with gold medal favorite Evgenia Medvedeva, the 18-year-old Olympic Athlete from Russia who owns two world titles.

Backs Against the Wall, US Curlers Hope to Escape Round-Robin

The United States women’s curling team has never won an Olympic medal and it finished last in the previous two Olympics. But with a win over Sweden (and a little help with a loss from Japan or Great Britain), the Americans could have a shot at completing a stunning turnaround.

The top four teams move out of round-robin play to the semifinal round, with tie-breaker games determining the semi-finalists, as would be necessary for the U.S. to contend. The U.S has a 4-4 record, tied for fifth place with China.

Sweden has been one of the better teams in the tournament, with a 5-2 record, but Swedes lost its last two matches.

On the men’s side, the U.S. won its last two games, including an upset match against Canada, to stay alive. They are tied for fifth place with Japan 4-4. Team USA could force a tiebreaker to advance with a win against Great Britain. U.S. men last earned an Olympic curling medal, a bronze, in 2006.

The U.S. speedskaters competing in the women’s team pursuit face formidable competition from the Netherlands in the semifinal.

The women from the Netherlands broke their own Olympic record from Sochi in the qualification heats. The team includes 10-time Olympic medalist Ireen Wust.

The U.S. team — Heather Bergsma, Brittany Bowe, Mia Manganello and alternate Carlijn Schoutens — squeaked into the semifinal on Monday by finishing in fourth place in 2:59.75, just .26 seconds ahead of China. But that time was more than four seconds off the Netherlands’ Olympic Record time of 2:55.61.

Japan and Canada meet in the other semifinal. Japan, led by sisters Miho and Nana Takagi, holds the world record, set in December in Salt Lake City. Miho Takagi has already won a silver medal in the 1500-meter and a bronze in the 1000-meter.

A win over the Netherlands will clinch the U.S. a least a silver medal. With a loss, they’d face the loser of Japan-Canada for the bronze.

In Sochi in 2014, Meyers Taylor, bobsled driver for Team USA, was in first place after three of four runs. But she skidded on the final turn of that last run, and ended up 0.1 seconds behind Kaillie Humphries of Canada — who happens to be her training partner.

Humphries got gold. Meyers Taylor got silver. They’re back for another shot in Pyeongchang, and started that quest on Tuesday, with the first of two runs. The final two runs will be held on Wednesday.

Meyers Taylor, who has won two world titles since Sochi, was paired with Lauren Gibbs, and battled for first place again — this time with a pair of Germans, who are atop the standings after the first day’s action, just ahead of Meyers Taylor and Gibbs. Humphries, who has won gold at each of the last two Olympics, was paired with Phylicia George; they are in fifth place.

Americans Jamie Greubel Poser and Aja Evans are also competing for a medal. The pair won bronze in Sochi and sit in fourth in Pyeongchang.

The Jamaican team has gotten the most attention at the Pyeongchang Games, in the spotlight for drama over their bobsled, rather than their performance. Their former driving coach left the team, and perhaps was to take the sled with her, dashing their Olympic hopes. But the Red Stripe beer company gave the sled to the team, saving its dream. They are in 18th place out of 20 after two heats.

Jessie Diggins has three fifth-place finishes and a sixth-place finish in these Olympics. In the team sprint, she’s hoping to crack the top three — and give America its first-ever women’s cross-country medal.

In the team sprint, she’ll be paired with another Team USA cross-country athlete.