Flames and dark plumes of smoke shot into the sky as firefighters battled a large blaze at a 70-foot yacht Friday in Fort Lauderdale.

Cellphone video captured the intense flames that could be seen by drivers on Interstate 95.

The yacht was in dry dock at the Marina Mile Yachting Center off I-95 and State Road 84. Several workers were on board when a man working on his boat nearby noticed the flames and told everyone to get off.

There were no injuries and everyone managed to escape. The owner was not there. 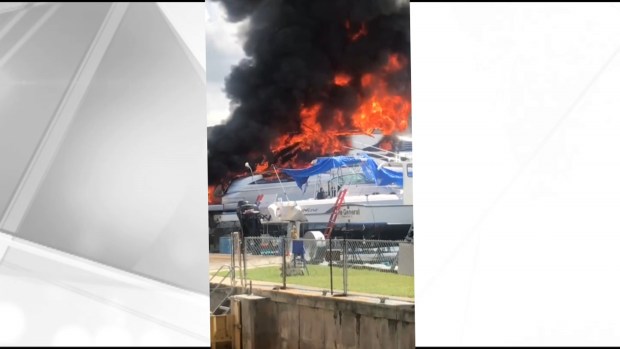 It took firefighters 30 minutes to extinguish the flames.

Two firefighters were hospitalized for heat-related injuries, but they are expected to recover, according to Fort Lauderdale Fire Rescue.