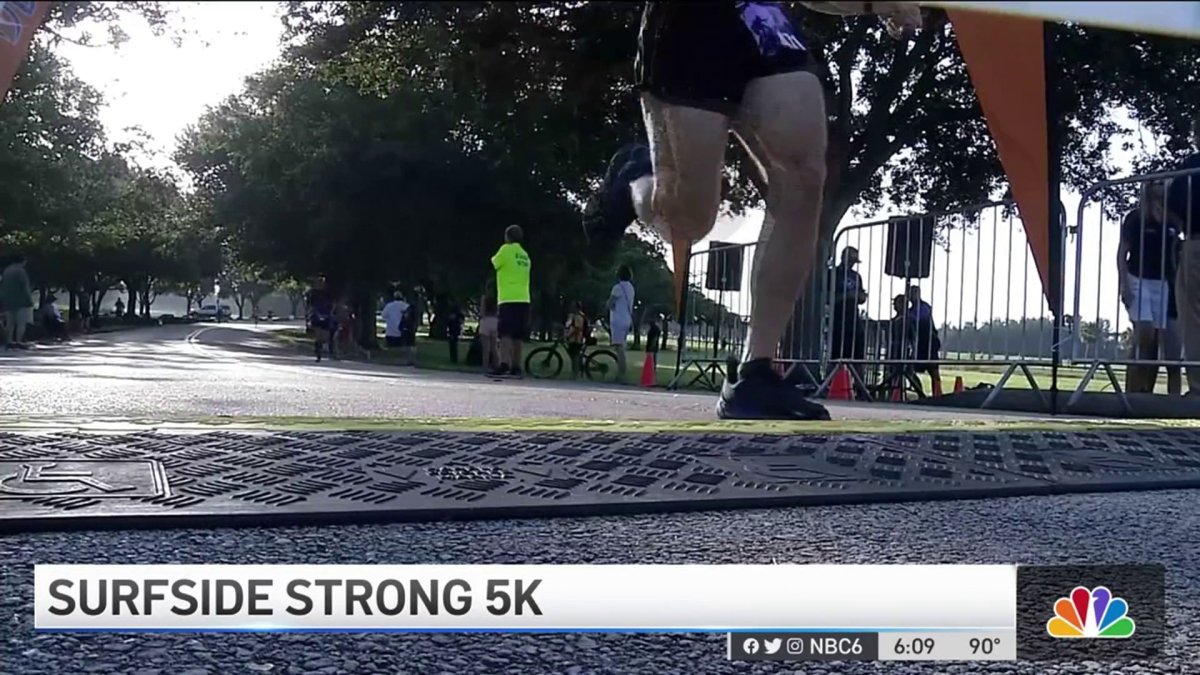 Ever since the Champlain Towers South fell on June 24th, the outpouring of love and support for the Surfside community has been outstanding.

Saturday, another strong showing came from the South Florida community as residents laced up their shoes in support of families of the victims from the collapse.

“We lost five people and a seven-year-old niece, so it’s been very hard but today is a good day,” said Alicia Cattarossi, who attended the event held in Sunrise. “We want to focus on the positive and what’s coming forward and try to make it as pleasant as possible for everyone here.”

Organizer Danny Howard says more than 1,000 runners participated at Markham Park to rally around families affected by the tragedy – far more people than were expected.

:“When we put it together we were hoping to get 300 people in a short notice to show their support and it snowballed into something beyond our expectations,” Howard said.

The race holding special meaning to overall first place finisher Joseph Eniola, who said it was an easy decision to take part in the race.

“I feel really sad for the families and I hope they’re ok and I pray that God blesses them for their loss,” he said. “I feel this is an opportunity to serve the community even though I’m running. I’m just here to support the families.”

“A great show of support and a great example of what the South Florida community can do when something happens to one of our neighbors,” Howard added.