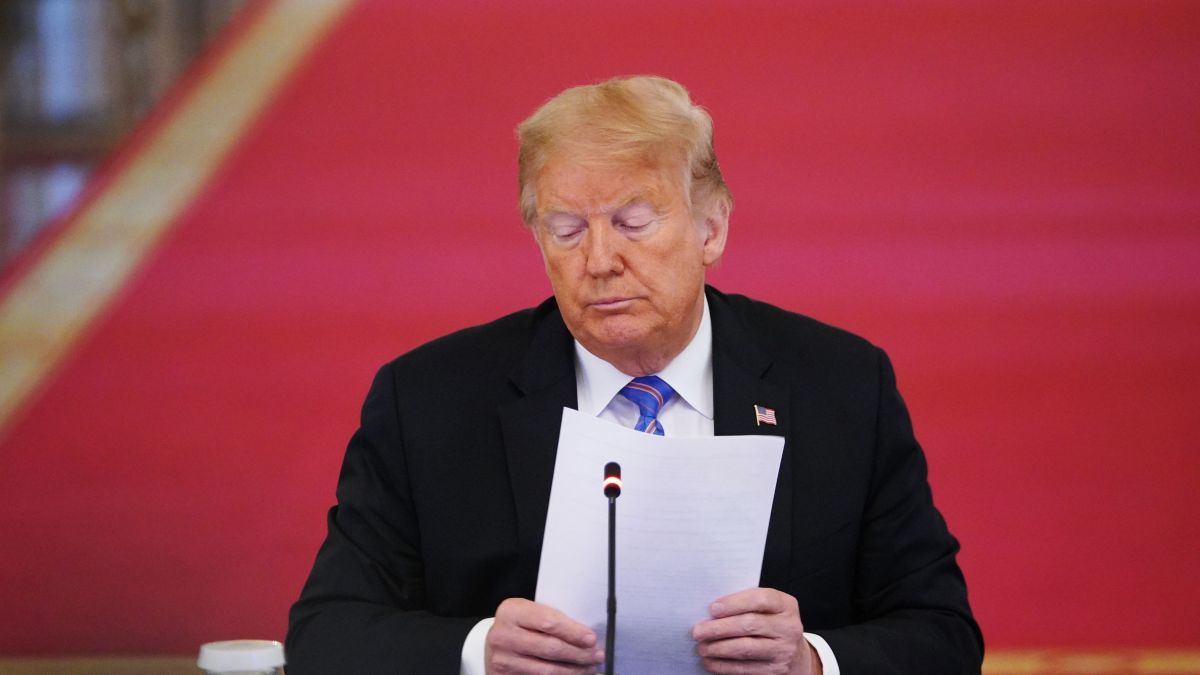 As we come to a close on President Donald Trump’s one term in office, NBC 6 wanted to look back on his major promises during the campaign – and take a look at if he delivered on them.

Our partners at Politifact has kept a running tab on those with their Trump-o-Meter. The non-profit news operation did something similar for President Barack Obama and will do the same for President-elect Joe Biden.

According to Politifact, the President kept about one-quarter of his nearly 100 promises he made. He broke around half.

One notable example was the promise to repeal Obamacare, the health care policy passed in 2009. Despite controlling both chambers of Congress, President Trump and his allies could not get enough votes in the United States Senate to repeal the law, remembered dramatically as the thumbs-down moment from late Sen. John McCain.

Repealing Obamacare was a promise broken.

Then, there was Trump’s famous promise to build a border wall and have Mexico pay for it. At the time he said voters should believe him because “nobody builds better walls than me.”

So what happened? The border between the United States and Mexico is 2,000 miles long. A third of the border already had some type of fencing, according to Katie Sanders from Politifact. Mostly the Trump Administration replaced and beefed up the older wall, she says, around 200 miles were replaced with larger, more secure fencing. According to Politifact, the Trump Administration built three new miles of wall.

“Building the wall was not only the biggest promise of his 2016 campaign but really one of his top mantras and it is a promise broken,” said Sanders.

President Donald Trump delivered his farewell address on Tuesday. “I want you to know that the movement we started is only just beginning,” Trump said. “This week we inaugurate a new administration and pray for its success in keeping America safe and prosperous.”

President Trump’s signature promises delivered were major tax cuts. He, along with the Congressional Republicans in the first two years of his term, drastically lowered personal and business taxes. But Politifact rates that as a compromise because some of those cuts on individuals are not permanent, ending in 2025.

“Where President Trump made the most progress on his agenda was probably on Americans pocketbooks, helping them save some money,” said Sanders.

Two major aspects impacted the number of Trump’s promises; one, after 2018 the Democrats controlled the House of Representatives, seriously limiting what he could do policy-wise; then two, the sheer fact that many of his promises were large and lofty made them hard to implement in reality.

“When you have a divided government, his agenda really just ran into the realities of Washington and our checks and balances system. He had the best hope in the first two years,” said Sanders.

President Trump was much more successful in keeping his promises to the state of Florida, usually because he could do most of them by himself through executive orders. His focus on Florida is a nod to how important the state is on the national political scene.

One shining example for President Trump is on the country’s Cuba policy. Trump promised to revise President Obama’s Cuba policy, clamping down American trade and tourism to the island nation. That is a promise kept. This month, the President went beyond those initial promises, adding the country to the state sponsor of terrorism list.

On the campaign trail, Trump promised to make no cuts to Medicare, government health insurance for those over 65. Politifact rates that a compromise because his administration did propose a budget that would have lowered Medicare provider rates in the future but it never became reality because of Congressional opposition.

The social safety net did not change much during the Trump Administration.

“What really happened during the Trump years, really wasn’t that much different than the Obama years. That sounds surprising because they are usually so far apart on the spectrum,” said Sanders.

When it comes to the Environmental Protection Agency, a key agency for Florida’s everglades, beaches, and coral reefs. He said on the campaign trail they’d “get rid of it in almost every form. We’re going to have little tidbits left.”

So what happened? The Trump Administration dramatically scaled the EPA back but the regulatory framework and major parts of the agency still exist.

“President Trump saw the most success on his agenda when he could make changes himself. I think his changes at the Environmental Protection Agency really illustrate that point,” said Sanders. “So while he was able to unwind some of the specific rules that the Obama Administration tried to pass, he was not able to substantially undermine what the EPA was trying to do.”

When it comes to immigration, Trump did promise to limit the amount of legal and illegal immigration. He delivered on that. But he also said he’d deport everyone who came into America against the law – millions of people. While Trump did increase deportation, millions still live in America.

Politifact begins its Biden-o-Meter in the days ahead.