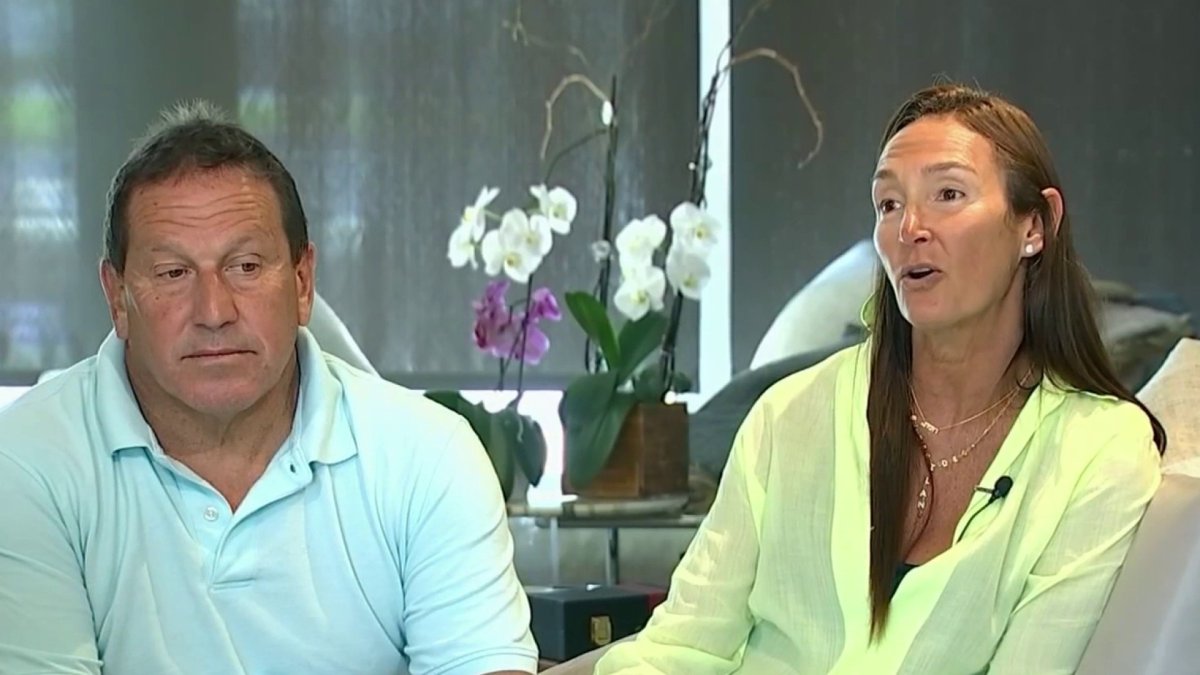 It’s especially obvious from the air, the void in the Surfside skyline along the beach.

It represents monumental tragedy, so much loss for so many people, a physical gap dwarfed by the emotional emptiness of the victims, all those who lost friends and family in the most sudden, unfathomable way. None of them could’ve foreseen the collapse of the building, and one year isn’t remotely enough to heal the wounds.

“It’s really hard, even driving by is hard,” said Pablo Rodriguez, who lost his mom and his grandmother when Champlain Towers came tumbling down.

She and her husband, Carlos Naibryf, are grieving the loss of their son, Ilan Naibryf.

“I feel the same anger I have since day one,” Carlos said.

The parents of Nicole Langesfeld and Ilan Naibryf — both young adults who died in the Surfside condo collapse — open up about their grieving process one year after the tragedy. NBC 6’s Tony Pipitone reports

Day one was all about frantic families, desperately trying to locate the missing. Twelve months later, most of them are still trying to comprehend the incomprehensible. Pablo Rodriguez says it’s still surreal that his mom, Elena Blasser, and his grandmother, Elena Chavez, are gone.

“This is a situation where they went to sleep and the building fell, it’s not something you even contemplate, so it’s hard to wrap your head around what happened,” Rodriguez said.

Carlos Naibryf spends a lot of time in Ilan’s room, looking at his son’s things, absorbing the absence of the brilliant, 21-year-old University of Chicago student.

“He was my only son, my legacy,” Naibryf said. “He was bringing us light every time that he was with us.”

Ilan’s mom says she feels like she’s watching a tragedy on television, like it’s someone else’s story. Felszer says it’s a coping mechanism to avoid accepting the reality that her family of five is missing its youngest.

“Right now we suffer from the phantom limb, where, you know you’re five, unfortunately one is missing, you still feel it, there’s a nerve here but you see that it’s not there,” Felszer said. “I think the hardest part is knowing that we will never share his future.”

The pain still persists for loved ones of the Surfside condo collapse victims. NBC 6’s Ari Odzer has more on the town’s memorial event a year after the tragedy

Rodriguez says he often has vivid nightmares of being in his mom’s apartment as the building collapses. His 7-year-old son, John Paul, was close to his grandmother and great-grandmother.

“Usually it’s happy memories that heal, which it’s nice to see him focusing on those happy memories. At the same time when he does focus on those memories, it kinda makes me sad because I know he’s not gonna have new memories with them,” Rodriguez said.

The collapse site has no allure for Rodriguez. He says he never goes there, and Naibryf feels the same way.

“We’re clear about one thing, this was not an act of God, it was human incompetence and negligence,” Felszer added.

The families yearn for answers, but all they have is frustration.

“A lot of sadness, lot of grief, there is some anger at the thought, it’s not even directed at anyone in particular, it’s the thought that there is not gonna be any accountability there, we’re not gonna have anyone responsible for this,” Rodriguez said.