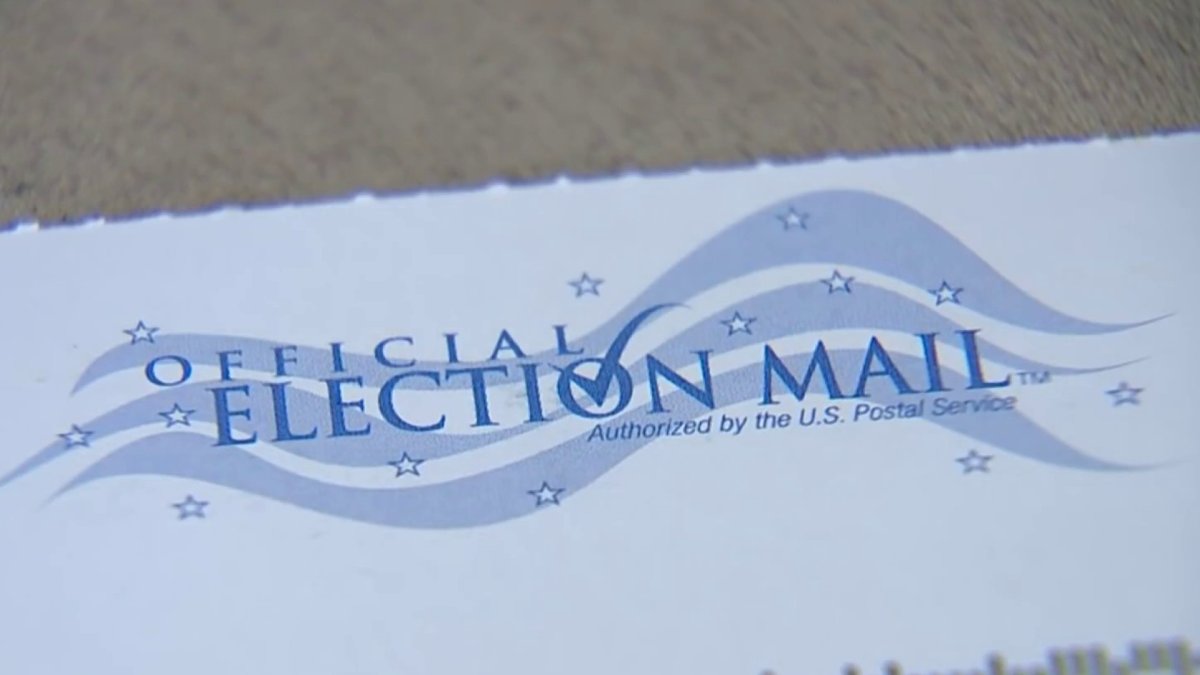 Vote-by-mail ballots are in the mail on their way to Broward County voters. However, some voters are not getting them because of screw-ups in the county’s voter database.

NBC 6 Investigators revealed nearly 1,600 voter addresses were incorrect. Staff in the election’s office are continuing to work to correct the issues before the primary election in late August.

Goorland has lived in the same building for eight years and votes by mail, so he was frustrated when he talked to his neighbors about how people in the building did not get their vote-by-mail ballots per usual.

Goorland saw NBC 6’s reporting on how hundreds of addresses were incorrectly uploaded into the county’s voter database after lawmakers redrew the political boundaries during redistricting. When county workers were importing their voter database with the new political lines, 1,577 entrees went in incorrectly because they had similar addresses.

“We urge you to take a look at that voter information card and if anything looks concerning on there, please give us a call,” Broward County Supervisor Joe Scott told NBC 6.

“I realized after seeing Phil Prazan on the news that there had been a mix-up between Pompano and Wilton Manors. So, I called the Supervisor of Elections office,” Goorland said.

His problem was like the others. His building is 411 North New River Drive East. The database had him living at 411 Northeast New River Drive according to his telling of the phone conversation with staff at the elections office. It was a small but important difference.

“There would be a number of people not having their ballots cast and that in and of itself is a significant problem,” Goorland said.

Goorland called the elections office on Tuesday and his vote-by-mail ballot arrived by the weekend. He was frustrated individual people had to call to correct the mistakes.

A spokesperson for the Broward County Supervisor tells NBC 6 the mistake is corrected “immediately” after the voter notifies staff. The new ballot is mailed within the next two days and the voters should receive the ballot within five to seven days.

If a voter does not receive their ballot as expected, the Supervisor’s office suggests they vote in person in the many early voting locations, which can be found here.

“We appreciate having a very active voting community in Broward County, therefore, we are working as quickly as possible,” wrote Ivan Cast from the Broward County Supervisor of Elections. “If there are voters who are becoming impatient in receiving their mail-by-vote ballot, we encourage them to visit one of our early voting sites throughout the county to vote in person.”

In total, this issue happened to just more than 0.1% of the county’s 1.2 million voters, according to Supervisor Scott.

Broward County staff encourages voters to check their voter information card or check their information online to make sure the information is correct. Every voter’s address is verified when they check in to vote in person, and staff there can make corrections on the spot during early voting and election day.

Broward County used the Esri mapping system to make the transition from the old political boundaries to the new ones.

“Esri has offered our assistance to the county as they work to resolve the issue,” wrote Jo Ann Pruchniewski from Esri.

As we get closer to election day, voters need to be vigilant.

“With all that’s going on with voting and voting denial — I don’t mean election denial or who won an election. I mean with people being disenfranchised and allegations of that, I think it’s very important,” Goorland said.