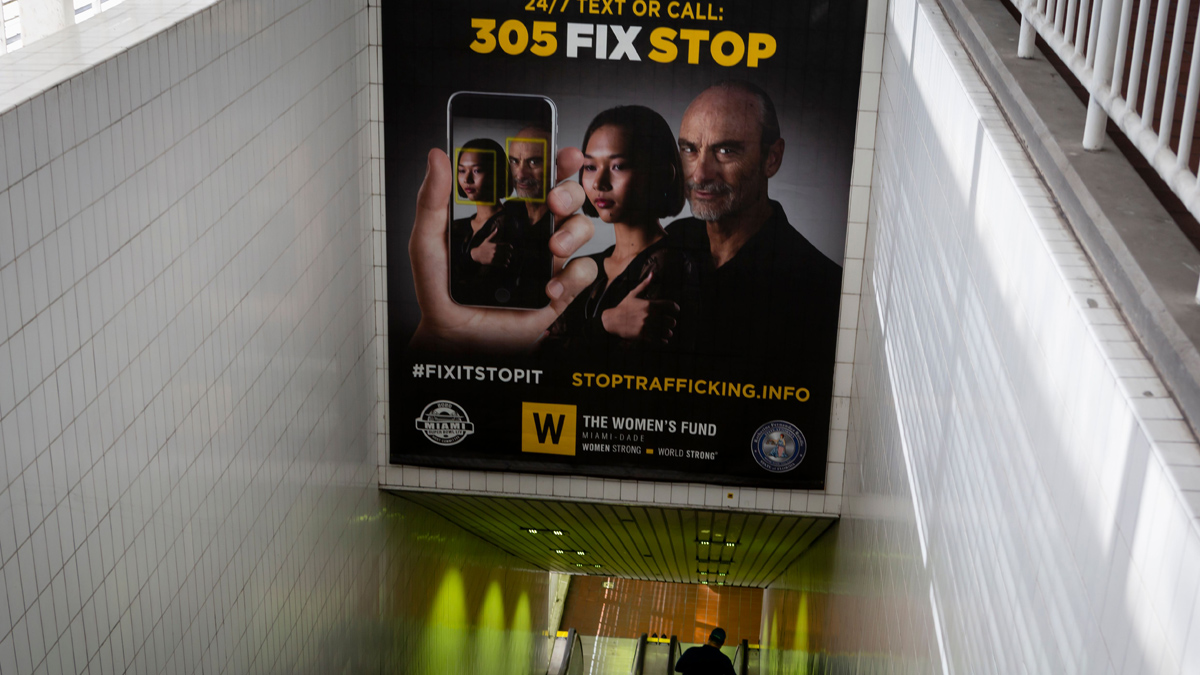 A man wanted after he allegedly sold a 17-year-old girl for cash during the Super Bowl in South Florida earlier this year is facing sex trafficking charges, authorities said Friday.

Anthony Bernard Carter, 28, was arrested on charges including human trafficking, deriving support from the proceeds of prostitution, interference with custody of a minor and aggravated fleeing or eluding a police officer, the Miami-Dade State Attorney’s Office said.

Prosecutors said Carter and the teen came to Miami Beach from Georgia during the week of Super Bowl LIV, which took place on Feb. 2.

Authorities had launched an operation to crack down on sex trafficking during the Super Bowl and had been intercepting escorts and prostitutes when they traveled to meet clients, authorities said.

In this case, after police had recovered the 17-year-old, they tried to arrest Carter but he fled the scene in a car which he later abandoned, officials said. Inside the car, investigators found “an abundance of evidence” that allowed them to obtain a warrant for Carter’s arrest, officials said.

“Miami Beach Detectives and all the human trafficking task force partners did a fantastic job investigating this case and obtaining the evidence leading to this arrest. This case is a testament to the commitment of our law enforcement agencies in Miami-Dade County to disrupting the activities of potential Human Traffickers during the Super Bowl,” Miami-Dade State Attorney Katherine Fernandez Rundle said in a statement.