A man is facing murder and attempted murder charges after police say he killed a man and injured a woman in a weekend shooting in Doral.

Mario Carlos Ortiz-Isquijaroza, 30, was booked into jail early Monday on second-degree murder and second-degree attempted murder charges in the shooting that happened around 11 p.m. Saturday at the apartment complex at 11461 Lakeside Drive, an arrest report said.

The report said Ortiz-Isquijaroza was involved in an argument that quickly escalated. At some point, Ortiz-Isquijaroza pulled out a gun and opened fire, killing 32-year-old Alberto Padron Rodriguez, police said.

A woman was also grazed in the head by a bullet and was treated at the scene, police said. The report said a firearm was recovered at the scene. 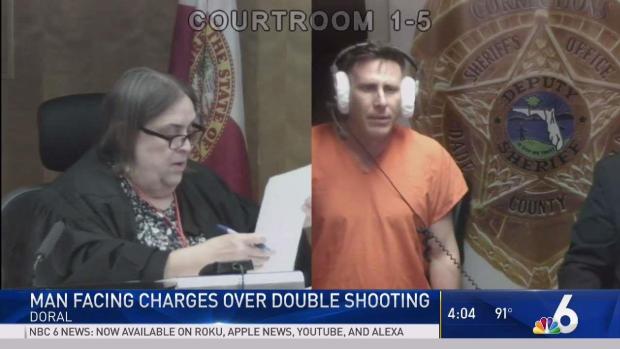 Ortiz-Isquijaroza was booked into jail, where he was being held without bond Monday, records showed. Attorney information wasn’t available.