They have no budget. They have no movie cameras. They have no sets. Their costumes are either homemade or Halloween leftovers. None of that stops the kids in Monica Valdes’ class from making movies.

“They do everything from writing to storyboard to getting location release forms out, everything that a real, professional adult filmmaker is expected to do in the industry, these 11 to 13-year-olds are doing in the classroom,” said Valdes, a teacher at West Miami Middle School.

Whether it’s a silent tale of sinister crime, or a stop-action epic, the kids are making it happen.

“Really, it’s an indie atmosphere,” Valdes said. “They are creating things out of nothing.” 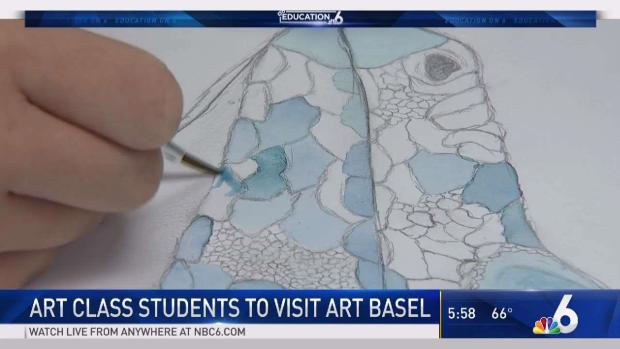 Such as the blob which eats anything in its way, even Superman. The students made it with clay and Lego pieces.

“Sometimes their creativity is on a level that even my imagination can’t go until they take me there, so I have to say that they surprise me every day,” Valdes said.

Just like a real movie set, the kids learn the director’s in charge, so they’re learning all the different aspects of filmmaking, and they’re also picking up skills that can help them throughout their academic career.

“Many of these kids are shy,” said principal Katyna Martin, “So being part of this class, the children learn to communicate, they learn to analyze the things that are taking effect in society.”

At least some of the students are already thinking about careers in the film industry.

“Now it makes me think that I will actually want to become an actor myself,” said 6th grader Calvin Padron.

It’s an elective class, so there are 6th, 7th and 8th graders working together. 8th grader Camila Diaz has her sights set on two aspects of filmmaking.

The kids in the class will soon have their work judged against films made by K-through-12 students around the world, because their teacher organized the West Miami International Film Festival. It’s designed as a showcase primarily for kids. It’ll happen on April 25-27, and students have through February to submit entries. All films will be judged by professionals in the field, and Valdes says the festival is drawing hundreds of submissions.

“We’ve received entries from Korea, Iran, the United Kingdom, Portugal, Croatia, Romania, I mean everywhere around the world so far,” Valdes explained. “So I think it’s exposing them to an element in the arts that they might not otherwise have had.”

Now they’re ready for their close-ups.