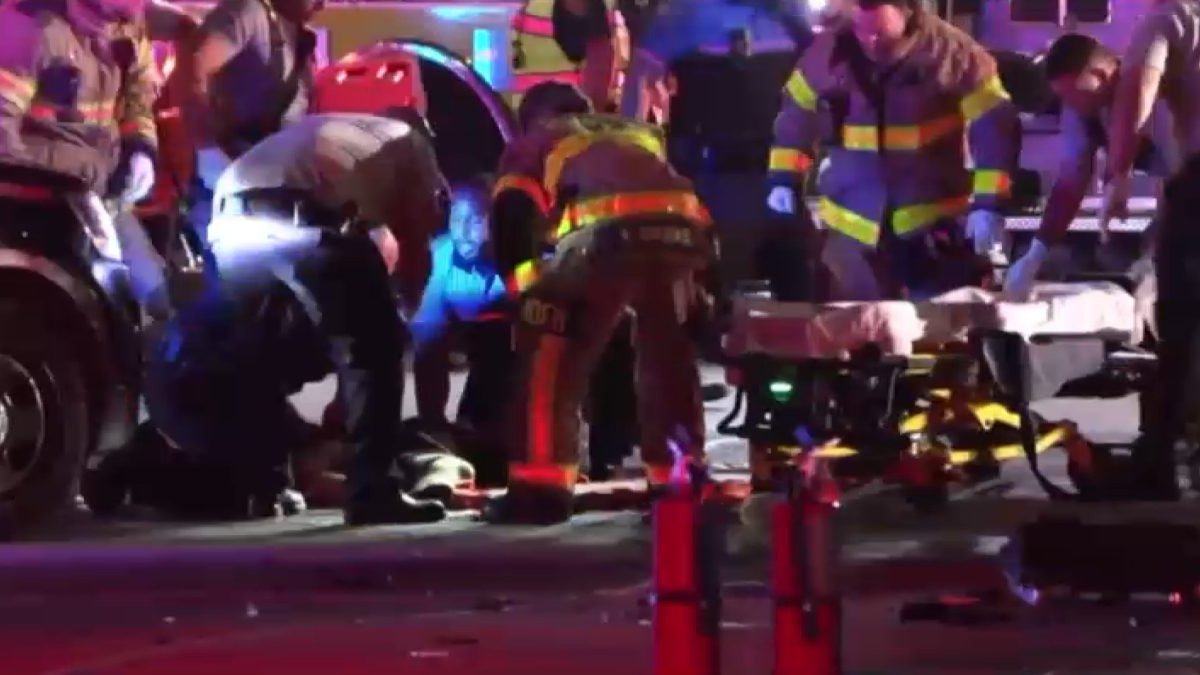 A late night crash in southwest Miami-Dade sent at least two people to the hospital and had one driver involved helping to rescue another person involved in the crash.

Miami-Dade Police arrived at the scene near Southwest 8th Street and 109 Avenue after the crash involving three vehicles, with several of the cars catching fire after the crash.

The driver of one car involved said a tow truck cut off a black car at the scene before both collided, with one of the vehicles hitting his car. Flames broke out and the man helped rescue the driver.

“The vehicle caught on fire, he was trapped in there,” the man said. “We got the door open and we were able to save the guy, that’s a good thing.”

MDPD and Miami-Dade Fire Rescue did not confirm details on the crash or how many people were hospitalized, with the driver involved saying two people were taken to the hospital.