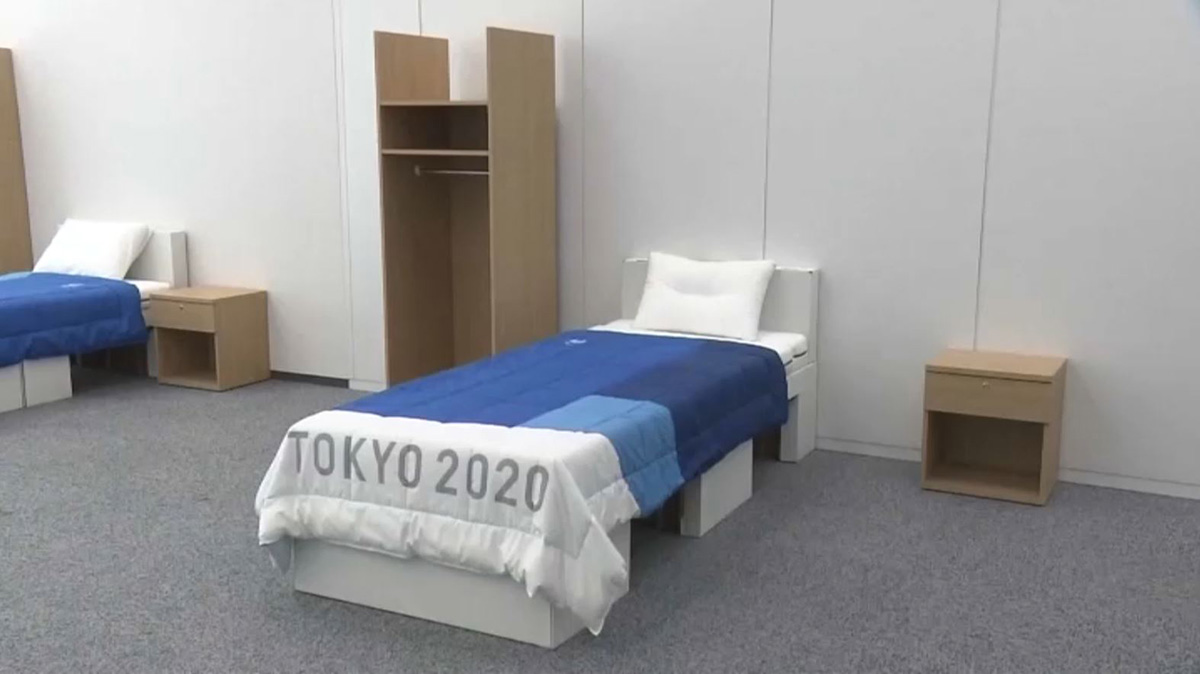 There’s been a lot of tongue and cheek comments from athletes about whether the cardboard beds in the Olympic village are meant to prevent intimacy.

But, that’s not the case.

An Irish gymnast dispelled the cardboard controversy on twitter, saying the cardboard constructions were built to be sustainable. After the games, the beds will be recycled into paper products to reduce waste.

The mattresses will be recycled into plastic products.

“They’re firm mattresses, which I love. But, it’s interesting to see the beds made out of cardboard,” said Team USA Fencing member Jake Hoyle. “You touch it and it’s like a cardboard box and it looks like it might be flimsy – but as soon as you lay down on it, you’re surprised. I’m surprised anyway at how sturdy it is.”

Surprisingly, they can carry a lot of weight.

“They have like a 500-pound rating on them, so I don’t think…you know, you can probably get the whole gymnast team on a bed and it’s not going to break,” said Team USA Archery member Brady Ellison. “I think that people are just looking for a story or different things.”

Some may prefer a more traditional bed and say what you might about how they look, but the beds are a practice in engineering and sustainability.