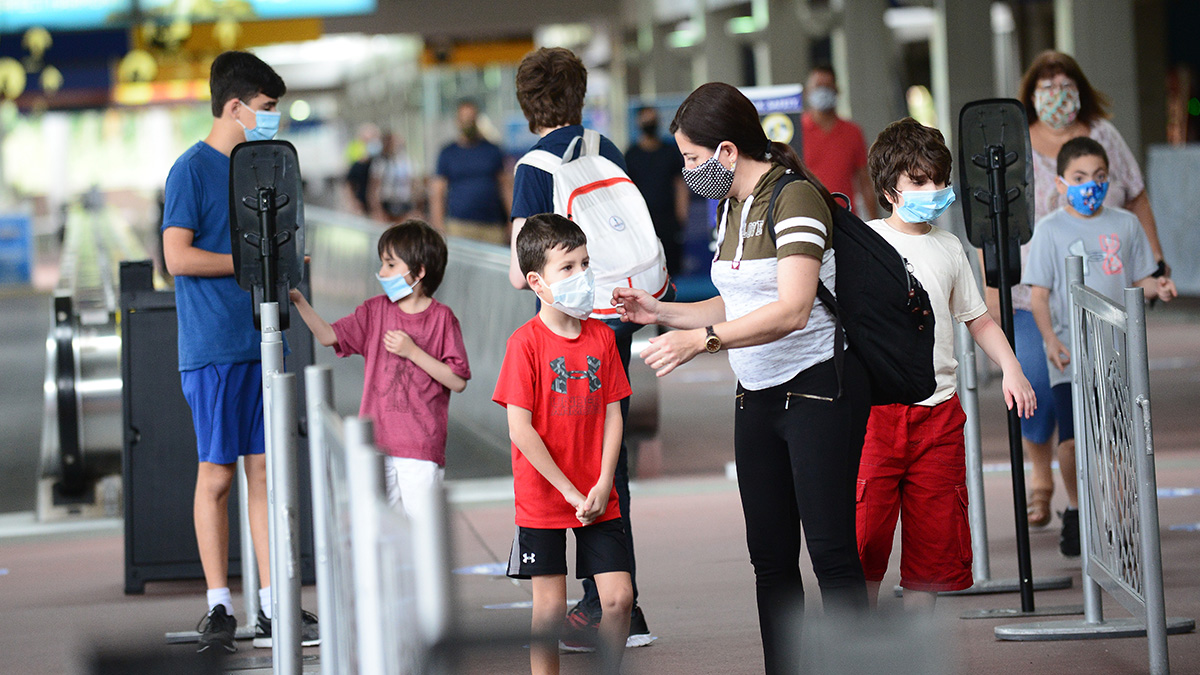 Universal Orlando Resort along with bars, movie theaters and other entertainment venues reopened with restrictions in most of Florida on Friday as the state took another step away from the economic shutdown caused by the coronavirus outbreak.

Also allowed to reopen are bowling alleys, tattoo and massage parlors and arcades in most of the state. Bars, theaters, concert halls and bowling alleys must limit their capacity to 50% of normal and keep groups at least 6 feet apart — restrictions restaurants statewide have been using.

However, bars, movie theaters and these other entertainment and personal services businesses remain closed in state’s three most-populous, hardest-hit counties — Miami-Dade, Broward and Palm Beach. Those counties must seek permission from Gov. Ron DeSantis — their facilities such as restaurants have been reopening about one to two weeks after the rest of the state.

The state reported Friday that there have been almost 61,500 confirmed cases of COVID-19 in the state since March 1 and at least 2,660 deaths. That’s a jump of about 1,500 cases in one day and 60 deaths. Both the number of confirmed cases reported daily and the percentage of tests returning positive have been trending up overthe last week as the state’s economy reopens.

At The Caboose Bar in Orlando, three customers sat at the scuffed wood bar nursing beers in the darkened watering hole at midday Friday. Bartender Shannon Mills said less than a half dozen had visited since the dive bar reopened at noon for the first time since being shuttered in March. The most popular drink so far was Pabst Blue Ribbon.

“It feels nice, nice to be open. I’m just ready for customers,” said Mills, who added she expects her regulars to return in the evening.

Mills said she would keep an eye on the bar’s crowd size at night, but she and the owner hadn’t discussed yet any plans on how to limit the capacity once it reached 50%.

Universal Orlando Resort on Friday became the first of Orlando’s major theme park resorts to open their gates to the public since coronavirus fears forced their closures in mid-March. Passholders were welcomed back on Wednesday and Thursday.

Ibreea Bryant, and her sons Terrance and Joshua, were just excited this week to be out of the house when they visited Universal Orlando for the first time since lockdown orders kept visitors away from Florida’s theme parks.

“I’ve missed mainly being outside,” said Ibreea Bryant, who is a passholder. “When you’re used to coming and going as you please, and then you’re being restricted, that’s when you want to come out.”

Like other visitors to Universal Orlando, Bryant had her temperature checked when she went through a security checkpoint and she and her sons were required to wear face masks.

Regarding the news safety protocols, she said, “It’s weird. It’s different. It’s nothing that you ever would have imagined.”

Crosstown rival SeaWorld Orlando plans to open its parks next week, and Walt Disney World will start a phased reopening of its parks next month. The parks employ tens of thousands of people and their customers support central Florida’s restaurants and hotels and the reopenings should have a major impact on the state’s unemployment rate, which jumped from 2.9% in February to 12.9% in April as the shutdown took hold. May’s figures will be released later this month.

Meanwhile, the American Civil Liberties Union filed a lawsuit Friday against the Broward Sheriff’s Office, alleging that conditions in the county’s jails “threaten to speed the spread of coronavirus among prisoners and staff.” It asks that jail be ordered to release “medically vulnerable” inmates to house arrest.

The sheriff’s office said in a statement that it will “vigorously defend this lawsuit,” saying “only four” inmates have tested positive for COVID-19. The statement said “extraordinary measures have been taken to protect the safety and health of inmates and staff.”