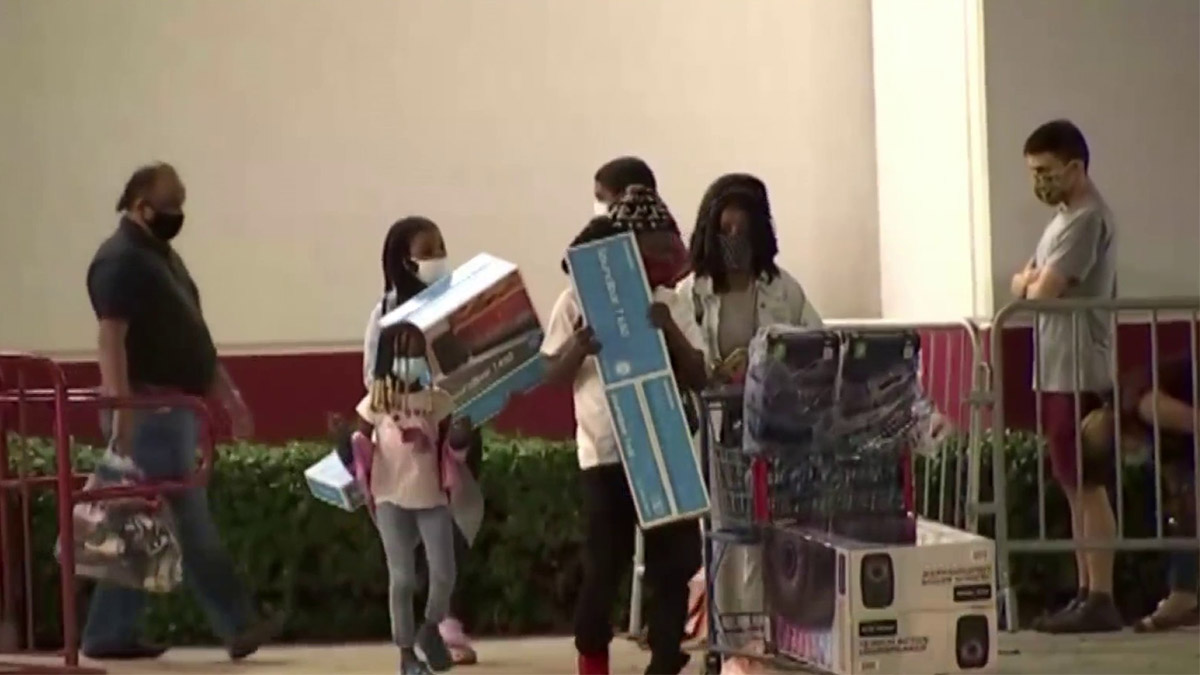 As Black Friday rolled around in South Florida, some shoppers kept up with tradition and woke up early to shop, finding much less crowded stores than in past years due to the pandemic.

At the Walmart in Cooper City, a small line of people waited for the store to open, all wearing masks and social distancing as they stood outside. When they were let in at 5 a.m., the line disappeared.

At Aventura Mall, the parking lot was much less busy than shoppers expected. “I remember it being really packed here, but the parking was really light,” one man told NBC 6. “Nice for me to shop, but at the same time it looks pretty dead.”

As Black Friday rolled around in South Florida, some shoppers kept up with tradition and woke up early to shop, though the pandemic has forced stores to enhance safety protocols and encourage online buying.

Holiday sales are actually up, according to the National Retail Federation. Retailers have pushed online sales and curbside pickup since October, which explains the shift away from in-store shopping.

The U.S. Centers for Disease Control and Prevention has labeled shopping in crowded stores during the holidays a “higher risk” activity and says people should limit any in-person shopping, including at supermarkets.

Despite this, the NRF forecasts that sales between November and December will increase between 3 and 6 percentage points.

The day after Thanksgiving has been losing its luster as the unofficial start to the holiday shopping season for the past several years, with more stores were offering holiday discounts throughout the month. Still, Black Friday has remained the busiest day of the year, according to ShopperTrak, and is expected to hold that title again this year.

Friday is projected to generate $10 billion in online sales, a 39% bump from the year ago period, according to Adobe Analytics, which measures sales at 80 of the top 100 U.S. online retailers.

And Cyber Monday, the Monday after Thanksgiving, will remain the biggest online shopping day of the year with $12.7 billion in sales, a 35% jump.