Volumes could be written about the superlatives associated with Marjorie Stoneman Douglas High School. Let’s start with the marching band, the reigning state champions. The kids have earned the right to toot their own horns, and they’ve learned even more in the process.

“A good work ethic and what it takes to achieve the highest level of excellence in everything that they do, that’s one of the biggest things they take away,” said band director Alex Kaminsky.

Within the past 18 months, the Eagles have also won state titles in tennis and baseball. Douglas has been a baseball power since the days when the Chicago Cubs’ World Series hero, Anthony Rizzo, was a standout player at the Parkland school. It is Broward’s second largest, with 3,300 students.

I asked the principal if it’s hard for a student to stand out in such a large crowd. 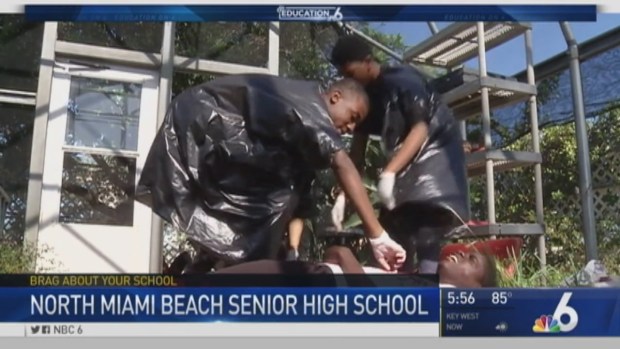 “Really not,” said Ty Thompson, who has been the principal here for nine years. “We have so many different things going on here at Stoneman Douglas, over 90 clubs and organizations. Everyone can kinda get their niche and get involved in something.”

One of those niches coveted by many students is Mr. Jeter’s astronomy class. It’s an elective open only to seniors, a class in which they go on sky gazing field trips to the Everglades at night, with high-power telescopes.

Another offering, among many, is the DECA program, the nation’s fifth-largest. The teacher is also a CPA, who emphasizes all the soft skills needed to succeed.

“Our students walk out of our program and they have a LinkedIn account, they know how to interview, they know how to present themselves, and they’re all sills, no matter where they go, they can take those skills elsewhere,” said Sharon Cutler, the leader of the DECA program.

At a school named for an environmental activist, you’d expect to find some kind of environmental project and there is one. Teachers and students worked together to set up a solar panel which powers a hydroponic garden. It’s part of what they call Marjorie’s Garden. The students will be growing veggies, herbs, and spices, and they can deliver them across campus to the culinary program.

At Douglas, they’re proud of the growth of vocational programs like the culinary arts, which has a revamped kitchen and keen interest among students. 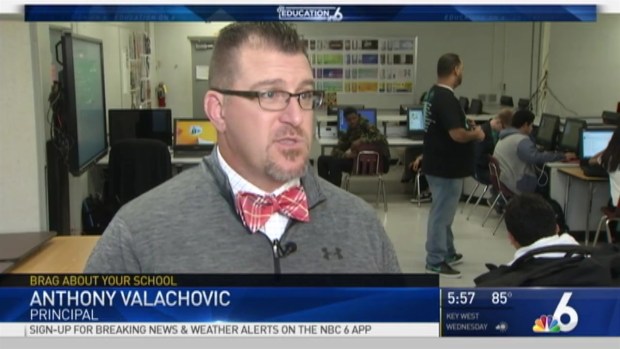 “Preparing them for life after high school – could be the Yales and Harvards, could be the BC’s, could be going off to work, my job is to get them ready for that and I think we’re doing a great job here,” Thompson said.

Judging by the results, it’s hard to argue otherwise.