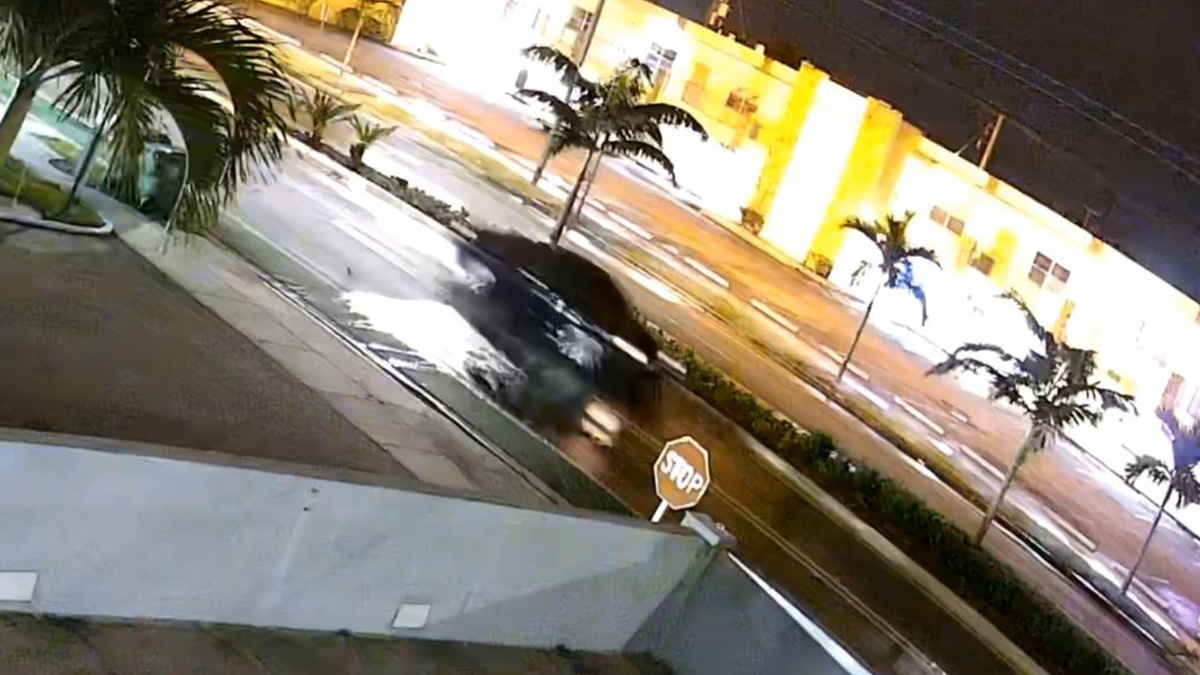 Broward officials are asking for the public’s help in identifying a suspect who allegedly fled the scene after crashing their car against a pedestrian who later died.

The incident took place on Thursday of last week shortly after 11 p.m. Officers received a call regarding a pedestrian that had been hit by a vehicle in the 3800 block of North Andrews Avenue in Oakland Park.

Investigators later found that 59-year-old Nancy Vazquez had been crossing North Andrews Avenue diagonally when she was struck by a vehicle traveling northbound.

The vehicle did not stop after the collision, and the driver fled the scene.

Vazquez was taken to Broward Health Medical Center by paramedics and pronounced dead later in the evening.

Video surveillance of the incident shows Vazquez walking along the median before being struck by a dark colored vehicle.

A witness who reportedly heard the impact said she saw a black four door sedan style vehicle traveling northbound on North Andrews Avenue after the collision.

Detectives say evidence collected at the scene points to a 2013-2015 black four door Honda Accord EX.

Anyone with any information regarding the incident is asked to contact BSO Traffic Homicide Detective Sherry Slagle-Grant at 954-321-4843. If you wish to remain anonymous, contact Broward Crime Stoppers at 954-493-TIPS (8477) or online at browardcrimestoppers.org.