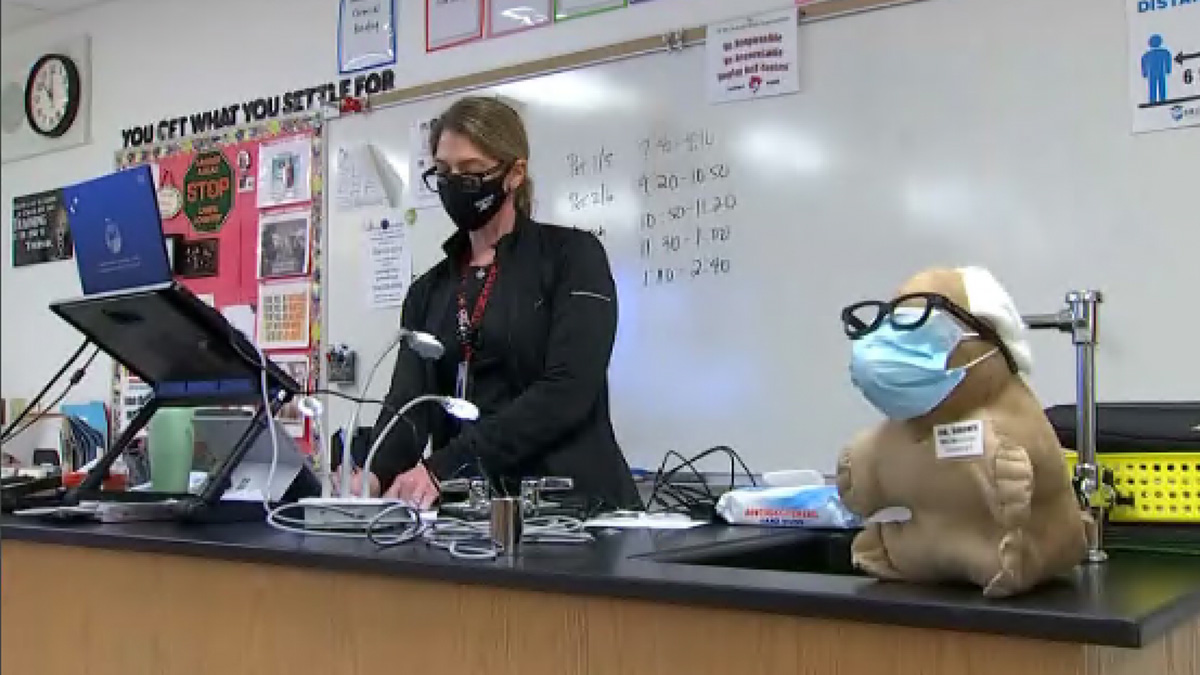 Kelly Agnew teaches chemistry to her students whether they’re at home or sitting in her classroom at Cooper City High School.

“I do feel safe in the classroom, and we’re taking all precautions, making sure that the students are staying six feet apart at all times,” Agnew said.

So far, the schoolhouse model is working fairly well in Broward County because very few students have actually come back to school. That leaves plenty of room for social distancing, but Broward County Public Schools superintendent Robert Runcie is worried about the COVID-19 positivity rate going back up, and that’s a warning sign.

“Our ability to keep our schools open is gonna depend on this community’s ability to manage the spread and that’s not looking promising at this point,” Runcie said. “When we opened school, around the first of October, the 3-day average was about 3.3 percent, as of yesterday it was 6.8%.”

In the midst of what appears to be a resurgence in positivity rates, the Florida Department of Education has still not decided whether to allow students to continue with remote learning beyond January 8th, which is the date the governor’s order allowing at-home learning expires.

A spokesperson for the DOE told NBC 6 that the department would not simply eliminate virtual learning and force children back to the classrooms.

“It has been my understanding that a guiding philosophy of many of our state leaders has been around parents choice, and if we’re really true to that philosophy of giving parents choice then we need to give them the flexibility should they choose to do so,” Runcie said.

Roughly 80% of Broward’s students have chosen to learn from home. If the state takes away that option, Runcie says there would be no way to keep kids physically distanced.

“You’re still seeing numbers going up, if I had my own child here I don’t think I would want my child sitting in a room with 38 kids all on top of one another,” Agnew told us from her classroom, which had only three students present when NBC 6 visited.

The DOE says it will make a final decision after seeing enrollment numbers in November. Runcie says he hopes the state will let science guide the process.

“I always say we teach science, biology, chemistry, physics, we have STEM programs, why are we teaching that if at the end of the day we’re not even gonna listen to that?” Runcie said.