A bumbling thief who tried to steal ice cream and a sandwich from a Broward County Publix but dropped the items after buying a lottery ticket is being sought by authorities.

The bizarre crime happened back on Feb. 17 at the grocery store at 1170 Weston Road and was caught on the shop’s surveillance cameras, Broward Sheriff’s Office officials said.

The video shows the man put multiple ice-cream pints, a pre-made sandwich and some detergent pods in his jacket, creating a “rather large and suspicious bulge,” officials said.

He approached the service counter but instead of paying for the badly-hidden items, decided to buy a lottery ticket. The man, who seemed to be uneasy, suddenly dropped the items but picked up a few of the detergent pods and fled the store, authorities said.

Suspect Sought After Smash and Grab at Sunrise Store 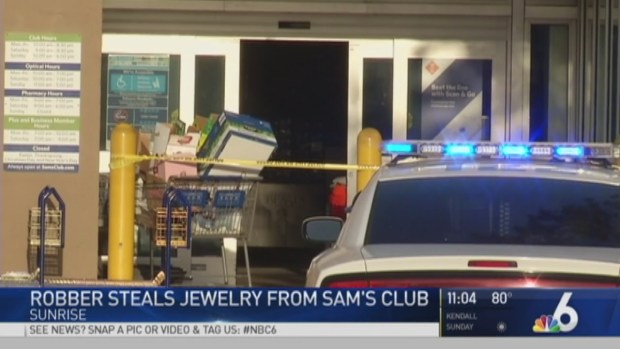 Anyone with information on the man is asked to call Broward Crime Stoppers at 954-493-TIPS.