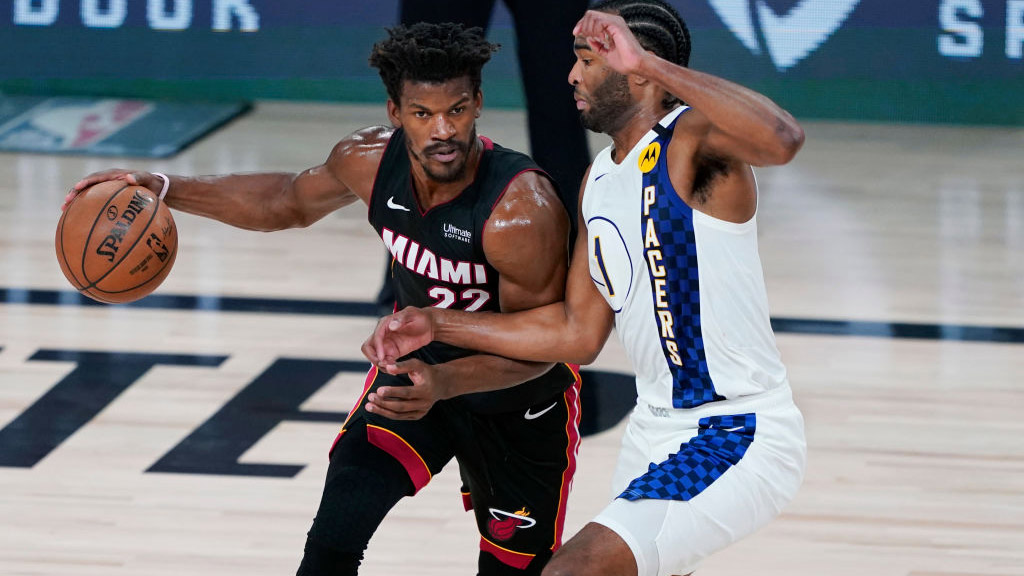 Jimmy Butler scored 27 points and the Miami Heat held off a furious rally to beat the Indiana Pacers 124-115 on Saturday to take a 3-0 lead in the Eastern Conference playoff series.

Goran Dragic added 24 points, Bam Adebayo had 22 points and 11 rebounds, and Tyler Herro scored 20 points for the Heat. They plan to close out the first-round series Monday.

“We’re never going into any game thinking that we’re going to lose,” Butler said. “We want to win. We know what we’re capable of.”

Now, the Pacers are on the brink of elimination.

“We know what Game 4 is about,” Pacers coach Nate McMillan said. “We’re down 3-0. It’s win or go home. As I told our guys, you’re not dead. We’re not dead. We showed this second half what we’re capable of doing, but we’ve got to put together that type of intensity, that type of belief for 40 minutes.”

Dragic spun through the Pacers and made a layup as time expired in the second quarter to put the Heat up 74-56. The Heat made 11 3-pointers in the highest-scoring half in franchise playoff history.

“Just not playing hard enough, not executing, not being physical enough on defensive end,” Brogdon said.

Indiana opened the second half with a 12-2 run to trim Miami’s lead to eight.

Indiana cut it to two points three times in the fourth quarter.

“We talked about how we’re going to have to get one out the mud,” Butler said. “We’re not going to make shots every night, but I think we did a great job on the defensive end and getting to the foul line.”

Indiana gained confidence with its solid second half.

“That’s what we’ve been trying to accomplish and execute for the past three games,” Brogdon said. “That was really the half that we were able to fully execute for 24 minutes. We’ll carry that into the next game and keep going at them.”

Pacers: McMillan was given a technical foul in the second quarter. … Held Miami to 5-for-19 shooting in the third quarter. … Oladipo fouled out in the final minute. … Turner had 15 points and 12 rebounds.

Herro, a rookie, on whether he gets nervous: “No. Whether it’s the regular season or a playoff game, I’m going to come out with the same mentality. And that’s to kill and do what my team needs me to do to get a ‘W.’ We’ve got a bunch of dogs on our team and I don’t think any of us gets nervous in these situations.”