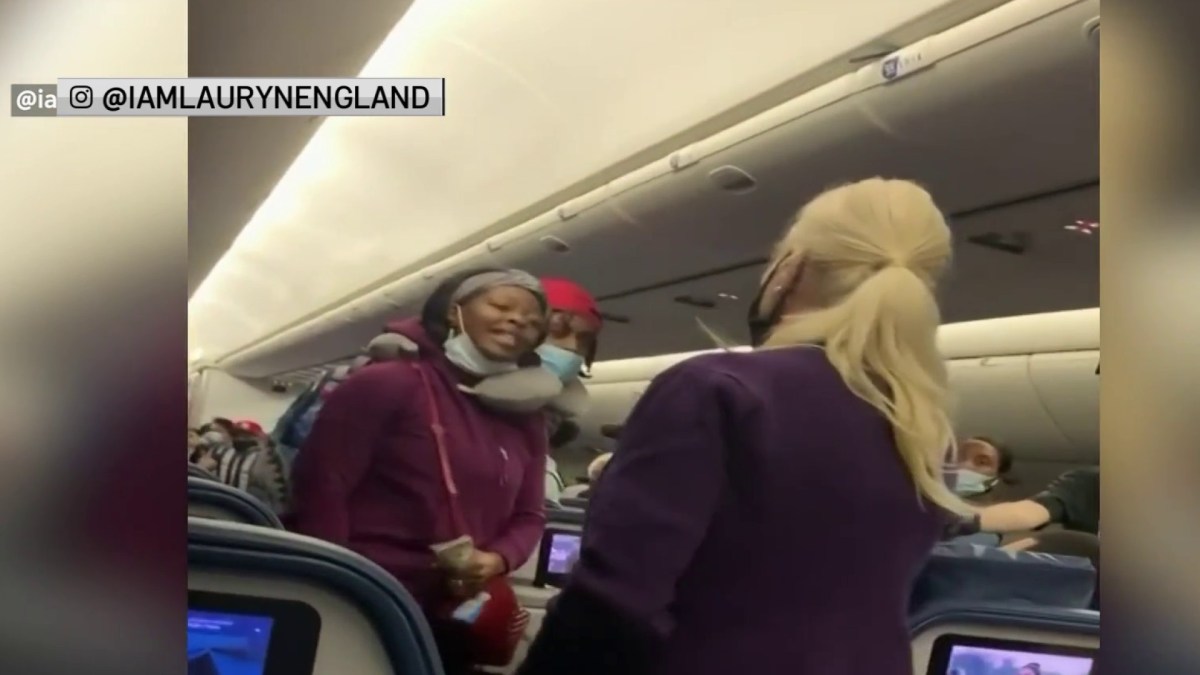 Cellphone video showed the moment a passenger punched a Delta flight attendant on a plane at Miami International Airport.

The video was taken Monday evening on Flight 1997 bound for Atlanta. The video doesn’t show how the altercation started, but witnesses say the passenger’s boyfriend refused to put on his seatbelt, and in response, the flight attendant asked them to leave the plane.

The altercation continued until other passengers intervened. It’s unclear what happened after the video was recorded.

“There is nothing more important than the safety of our people and customers. That’s why two customers who did not comply with crew safety instructions were asked to deplane Flight 1997 yesterday evening,” said Delta Air Lines spokesperson Morgan Durrant. “We do not tolerate violence of any kind and this situation is currently under investigation. We apologize to customers for the flight delay this caused.”