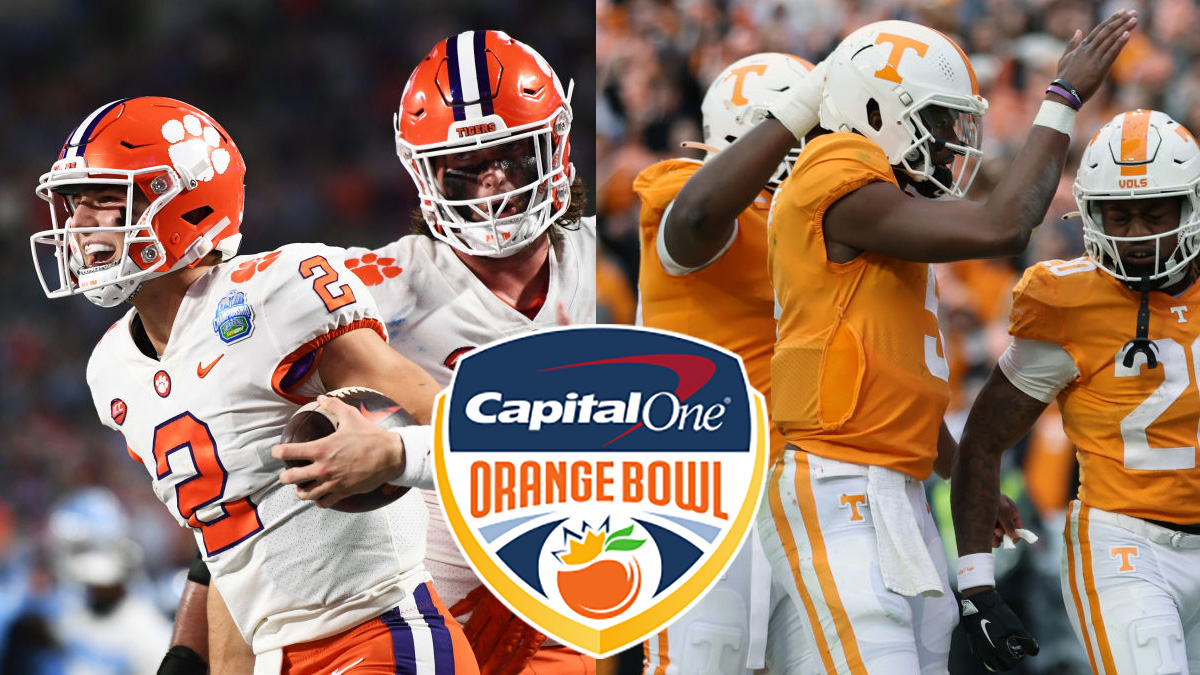 The 89th edition of the Capital One Orange Bowl will truly live up to its name when it comes to the main color of the two teams selected.

The No. 7 Clemson Tigers, champions of the Atlantic Coast Conference, will take on the No. 6 Tennessee Volunteers from the Southeastern Conference on Friday, December 30 at Hard Rock Stadium in Miami Gardens.

It will be the first ever meeting between the teams in the Orange Bowl game. The teams have met 19 times before, with the Volunteers holding a 11-6-2 lead but Clemson having the most recent win in the series with a 27-14 victory in the Peach Bowl to end the 2003 season.

The Tigers (11-2) won the ACC’s Atlantic Division for the sixth time in the last eight seasons and defeated North Carolina on Saturday for their seventh conference title over that eight-season span.

Clemson has appeared in the Orange Bowl six times before and has a combined 4-2 record. The Tigers last appeared in the game in the 2015 season, when they defeated Oklahoma in the College Football Playoff semifinal.

Tennessee (10-2) finished second in the SEC’s East Division in a season that was highlighted by their second win over rival Florida in the last 18 seasons and their first win over Alabama since the 2006 season.

The Vols will be making their fifth Orange Bowl appearance, with a previous record of 1-3 and its last time in the bowl game being in the 1997 season.

This year’s game will be the eighth time the ACC champion has played in the Orange Bowl since the game signed a deal with the conference in the 2006 season.