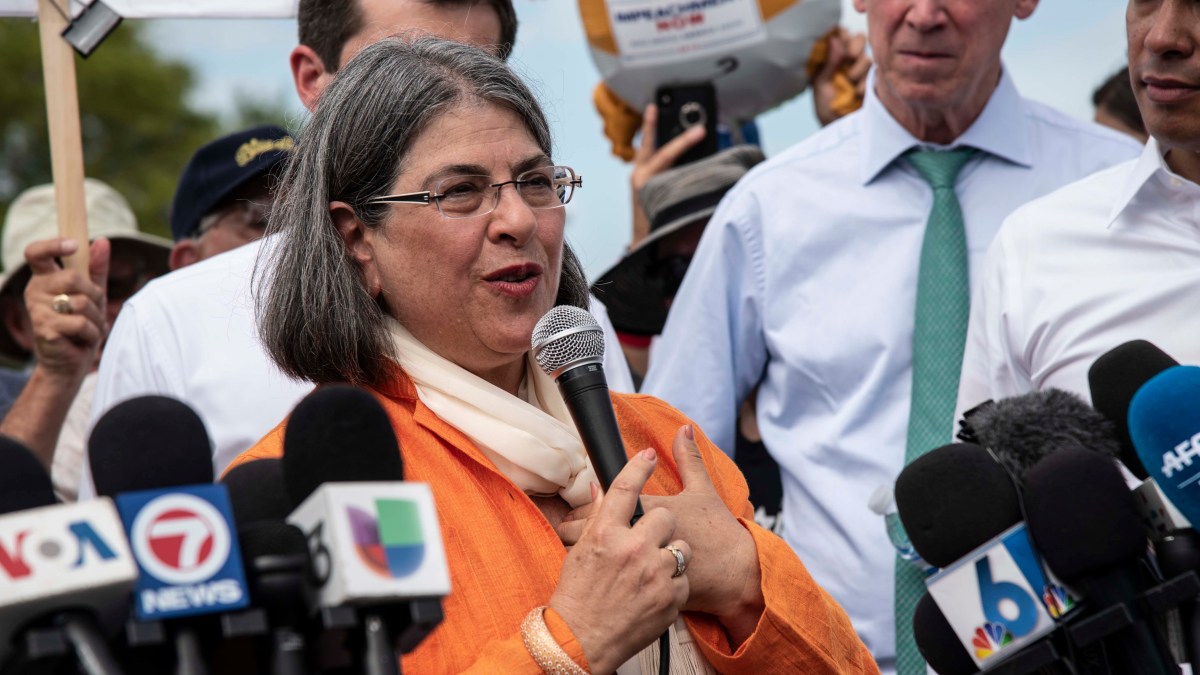 Miami-Dade County has never has a female mayor. Commissioner Daniella Levine Cava is ready to break the glass and become the first.

“I do bring things as a woman to the office that have been missing,“ she said. “I am compassionate, I am a problem solver,  I’m someone who knows how to collaborate and bring people together.”

Levine Cava has been the representative in Commission District 8, stretching from Homestead to West Kendall, since 2014.

The current county government, she says, is not operating properly.

“Let’s just deal with the COVID situation, unfortunately, too little too late,” Levine Cava said. “I’ve been telling from the beginning.. we need to have massive testing, we need to have contact tracing.”

The county’s top priority, outside of coronavirus, says Levine Cava, is the dire need for affordable housing.

“There are many, many things that we can do and it has not been taken seriously,” she said.

Levine Cava is running against five other candidates. Two are fellow commissioners.

One must win a majority in next month’s election. If not, the top two vote-getters go to a runoff in November.

On a virtual news conference Tuesday she spoke of being a louder voice for Miami-Dade’s Black and Haitian families.

“I have always worked to make sure there were opportunities, that people had access to education, and to jobs, and they lived in safety, that they had good healthcare, so that has been my life‘s mission,” she told supporters on the call.

And she enjoys backing from fellow County Commissioner Jean Monestime.

“Our communities, especially our most underserved communities, have better days ahead with Mayor Cava at the helm,” Monestime said.

Levine Cava resigned her commission seat to run for Mayor.