Crews dealt with an early morning fire inside of a massive UPS warehouse in Hialeah.

Workers were evacuated from the 500,000 square foot facility, located at 6001 East 8th Avenue, shortly after 6 a.m., as over 20 fire rescue from Hialeah and Miami-Dade County arrived to put out the two alarm fire inside the building.

Officials have not confirmed the cause of several seperate blazes inside, but one firefighter was reportedly told by a worker that they heard an explosion, possibly from a conveyor belt along the north side of the building.

“It’s a large building and there was a lot of smoke inside, so we’re making sure we get the smoke out which is a tedious process considering what kind of building this is and what kind of materials are in the building,” said Hialeah Fire Rescue Capt. David Rodriguez. 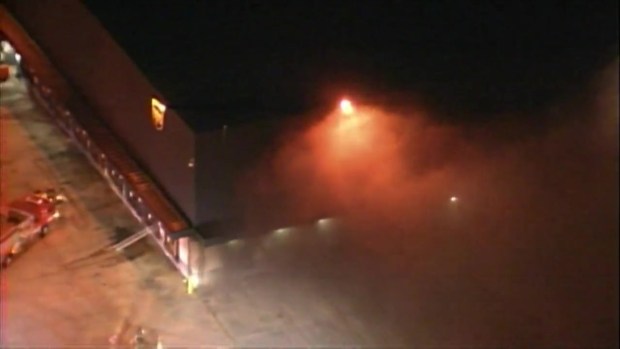 No injuries have been reported. UPS officials say 277 people were inside the building at the time the fire started.