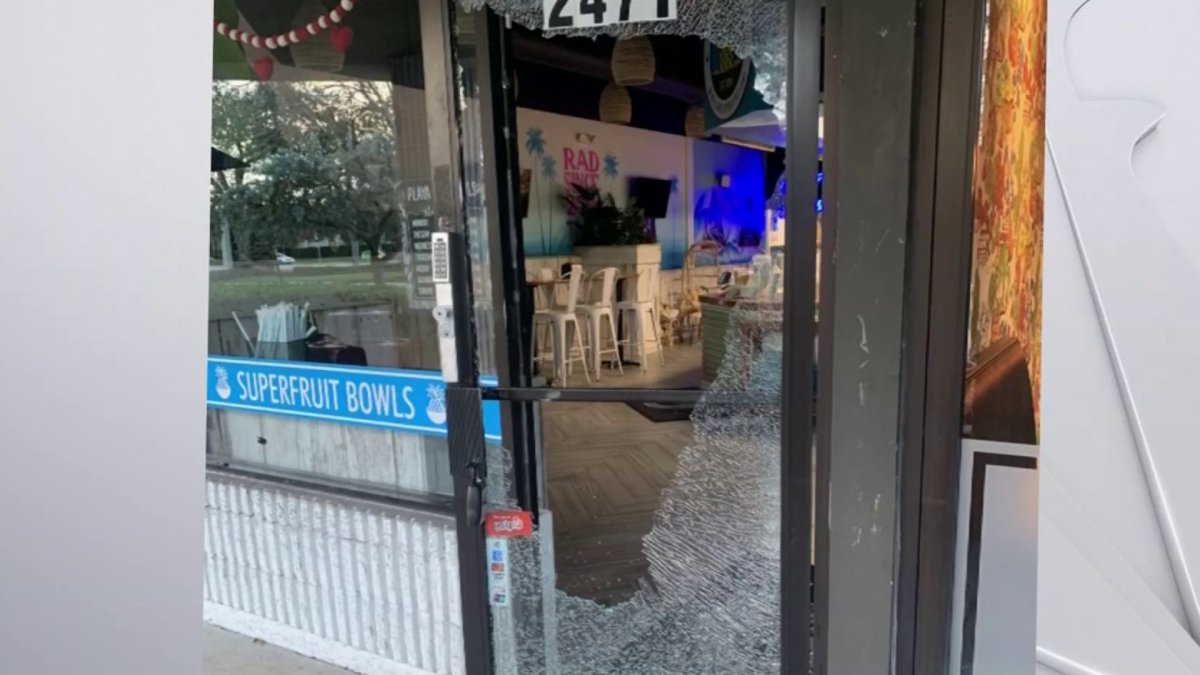 A man who allegedly burglarized a Davie health food restaurant is also suspected in a burglary and wild chase in North Florida, authorities said,

The front door of Playa Bowls was smashed to bits and the detective say Sean Sheehan did it on Jan. 11 at 5:30 a.m.

“Our employees came in that morning to open, and they called us frantic because our front door was completely shattered,” said Alexandra Arguello, the co-owner of Playa Bowls.

Alexandra and her husband Ricardo Arguello have owned Playa Bowls in Davie since last August and it’s the first time something like this has happened.

“He came in with a car, lingering around, looking to see if anyone was here, broke the door and left. So of course, we were very confused wondering you know why he didn’t go in, why didn’t he take anything,” Alexandra Arguello said.

Turns out Sheehan may have been involved in other crimes in other counties around Florida.

Detectives say Sheehan was suspected of a burglary in Marion County three days after the Davie incident and was seen on video captured from a police helicopter speeding away from the scene.

Officers say Sheehan reached speeds of more than 100 mph from the Villages, cut across a median, and later jumped out of the vehicle and took off running.

Sheehan had been released from prison last April after being convicted for burglary and grand theft.

Authorities in Sumpter County said Sheehan is also a burglary suspect in several cases there too.

So now, Sheehan is facing charges of burglary and criminal mischief in Davie and fleeing and eluding from police in Marion County.