Sage, an 11-month-old miniature Labradoodle, couldn’t stop barking when an NBC 6 crew showed up at his home in Plantation.

About five minutes later, the barking stopped. But Sage was still shy. Even when he was given treats, he still hadn’t gone over to say hello to his guests.

Sage has acute anxiety and is timid around strangers. When his owner Jonni Betancourt rescued him, she noticed his behavior and that he was always on edge.

“When he first came to us, we had to make a decision on how much we were going to put into him,” Betancourt said. “And we decided we’re all in.” 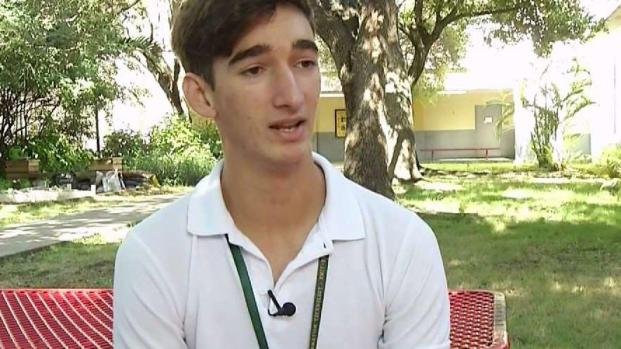 With patience, Betancourt and her husband made a commitment.

“He’s gonna have a happy life,” she said. “That’s our determination.”

Behavior disorders in dogs, in fact, are a lot more common than we think. Sometimes training them isn’t enough — which is why some owners are turning to behaviorists to calm their pets.

To help Sage overcome his fears, he regularly sees Dr. Lisa Radosta, a veterinary behaviorist based in Coral Springs. She’s one of 69 specialists across the United States.

Radosta and Betancourt use coping tools, such as touch therapy, to help modify his behavior and interact with his environment.

According to Radosta, about 20 to 40 percent of dogs have separation anxiety, about half have a sensitivity to fear and a phobia of loud sounds, and 26 percent have generalized fearfulness. 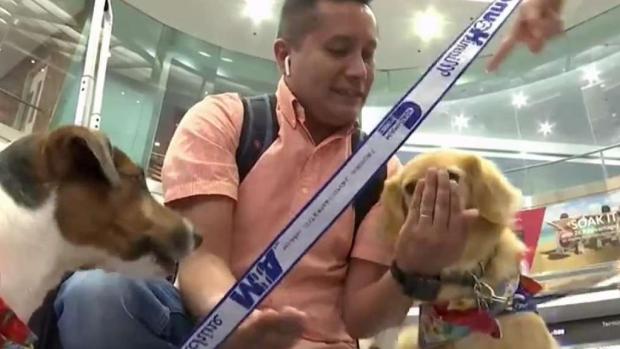 And many times, these disorders are hereditary.

For Sage and his owner, therapy isn’t only helping with his behavior, it’s also a part of their bonding.

“We love this dog,” Betancourt said. “We love all of our animals, but him in particular … He’s got special needs and those needs need to be attended to. And he’s gonna have a happy life.”

Seeing a specialist is not cheap and costs an average of $250 an hour, but some pet insurance companies cover the cost. But Radosta emphasized it’s important for owners to get help sooner rather than later.