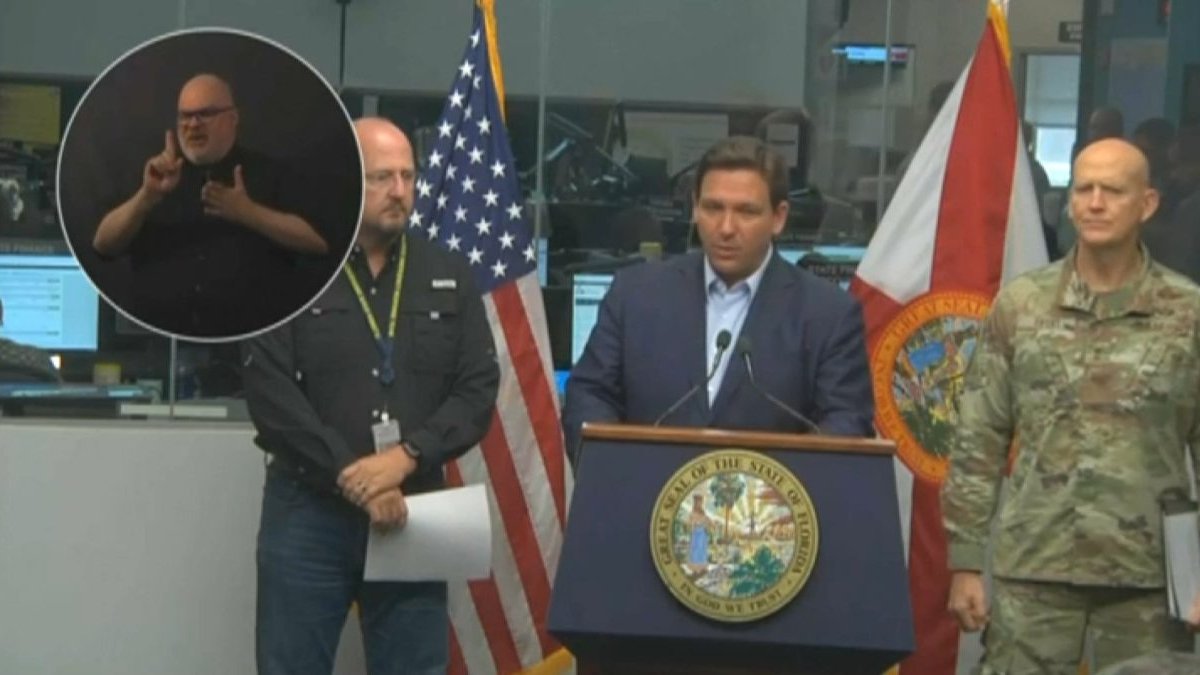 Florida Gov. Ron DeSantis activated the state’s National Guard on Sunday ahead of the expected impact later this week from Tropical Storm Ian.

Speaking at an event at the state’s Emergency Operations Center in Tallahassee, DeSantis urged residents to stay alert with most of the state – from just south of Tampa Bay to the Panhandle – in the cone of concern.

“The path of this is still uncertain. The impacts will be broad throughout the state of Florida,” DeSantis said. “Just because that dot (the eye of the storm) is in a particular place, it’s too soon to say there’s not going to be a wobble or a curvature back into the Florida peninsula.”

DeSantis on Saturday declared a state of emergency for Florida, initially issuing the emergency order for two dozen counties on Friday but expanded the warning to the entire state, encouraging residents and local governments to prepare for a storm that could lash large swaths of Florida.

NBC 6’s Ryan Nelson has more on how some residents are getting ready even though South Florida is not in the cone of concern.

“Regardless of Ian’s expected track, intensity, we are preparing for dangerous storm surge,” said Florida Department of Emergency Management Director Kevin Guthrie. “We have been urging Floridians to make a plan, build their disaster supply kit and remain vigilant.”

The governor’s declaration frees up emergency protective funding and activates members of the Florida National Guard, his office said. His order stresses that there is risk for storm surge, flooding, dangerous winds and other weather conditions throughout the state.

President Joe Biden approved an emergency declaration for the state of Florida Saturday due to Tropical Storm Ian, the White House said in a statement.